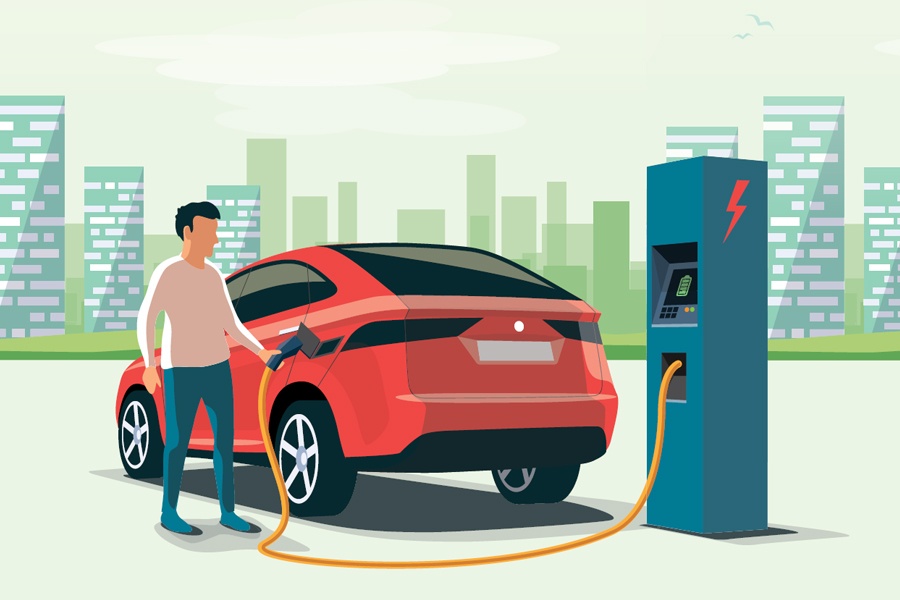 Recharging a vehicle at a charging station.

A growing number of Manitobans are buying electric cars. Here's why.

In 2013, Tyson Beasley decided he was done spending money on gas.

So the casino manager from southern Manitoba drove to Bismarck, North Dakota, bought a Chevrolet Volt electric sedan and ditched his fuel-hungry pickup.

The decision has paid huge financial dividends. Beasley, who does a daily roundtrip commute of 100 kilometres to Winnipeg, estimates he's saved $30,000 in fuel costs over the past seven years.

"It's incredible. Charging the car is literally $1 a day," he says, noting that he also has solar panels installed on his house. "Once you get the taste of an electric vehicle, that's all you want."

Beasley is among a growing number of Manitobans who have embraced electrified transportation. Last year, drivers registered 149 new electric cars in the province, seven times the tally from 2017, according to research firm IHS Markit.

Those numbers are still tiny: More than 55,000 new gas-powered vehicles were registered in Manitoba in 2019. But converts think Manitoba is nearing an electric car tipping point. They believe falling prices, technological advancements and an expanding network of charging stations have, finally, made it possible for the average person to quit the internal combustion engine.

"New things always scare us—especially something like a car, which is the second largest investment a person may make in their lifetime," says Robert Elms, head of the Manitoba Electric Vehicle Association (MEVA). "But we're at the point now where electric cars make sense economically."

While many consider electric cars the way of the future, the technology behind them is almost 200 years old. The first crude electric car was built in 1832; by the turn of the 20th century, they comprised one-third of vehicles on American roads, according to the United States Department of Energy. But the advent of cheap, mass-produced gas cars, like Ford's Model T, largely spelled the end of those "first generation" electrics.

An electric vehicle driving down a highway.

Things began to change, however, in 2010, when Nissan unveiled the world's first mass-market electric vehicle, the Leaf. Scores of carmakers, under pressure to reduce emissions, soon followed suit with their own battery-powered cars. While eco-friendly, many of those early vehicles were dogged by short ranges, middling performance and questionable styling. (Car and Driver magazine called the 2011 Leaf "embarrassing.")

Today's electric cars are different animals. Their looks are mainstream. They can travel upwards of 600 kilometres on a charge. And thanks to the instant power provided by electric motors, they can be fast. Tesla's Model S P100D sedan rockets from 0 to 60 mph in 2.28 seconds, making it quicker than a Lamborghini Aventador.

They're also getting easier to charge away from home, eliminating the range anxiety that haunted many early adopters. According to the federal government, there are now more than 5,000 public electric car charging stations across Canada, including 42 in Manitoba. Thirteen of those are so-called fast chargers, which can top up a battery in under an hour.

As the network grows, Elms expects electric car sales to rise. "As has happened everywhere else in the world, once you get fast chargers across the province, people will then have faith they can buy a pure electric vehicle."

A recent study by the American Automobile Association (AAA) likewise confirmed that range anxiety is usually short lived. The vast majority of electric car owners surveyed by AAA said they no longer worry about finding charging stations or running out power.

Zero-emission vehicles only accounted for 3.5 percent of national car sales in the third quarter of 2019, according to Electric Mobility Canada, an advocacy group. Industry experts, though, say there's no stopping what they see as the eventual decline of the internal combustion engine. The world's biggest automakers have announced investments totaling $300 billion in new electric models. Thanks to falling prices and greater choice, the research arm of Bloomberg media predicts electric cars will outsell their gas-burning counterparts by 2038.

While electric cars are better for the planet, many people will make the switch because they're also fun to drive, says "Grampa" Dave Connell, founder of the Manitoba Electric Vehicle Assocation. "We have a saying at MEVA: If you put a bum in an electric car, that person will never drive an internal combustion car again."

An electric vehicle being recharged.

A primer to get you up to speed. 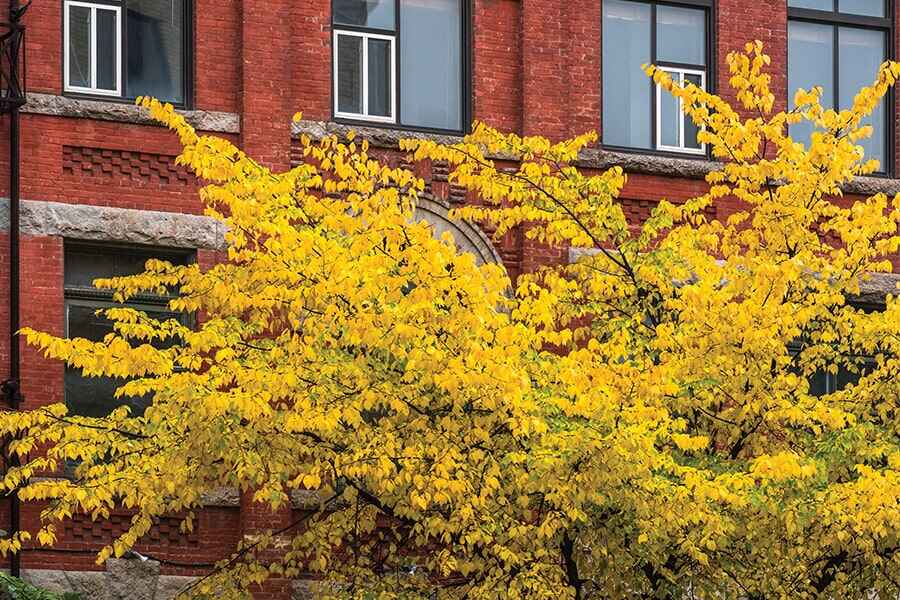