One of Lisbon’s iconic yellow trams.

“Sip or swig—either way,” instructs bartender José Paiva after pouring me a shot of ruby-coloured liquid. He offers a parting saúde (cheers) and hurries me through his growing queue of thirsty patrons at A Ginjinha Espinheira, a cupboard-size bar in central Lisbon. I gulp the glass of sweet Ginja, a Portuguese liqueur infused with local cherries. My once-in-a-lifetime treat is actually a daily ritual for many Lisboetas.

In Lisbon, traditions like Ginja run as deep as the nearby Tagus River. During my first visit to the sun-drenched capital, I imbibed some of the world’s best wines, inhaled the city’s iconic custard tarts and dined to the sounds of soulful music—while uncovering the deep connections between Portuguese food, history and culture.

After Athens, Lisbon is Europe’s second-oldest capital; it even predates Rome by several centuries. The 3,200-year-old city, famous for its seven hills, has seen empires topple, explorers discover far-off lands and foreign invaders move in. Today, more than a quarter of Portugal’s 10.3 million residents live in the city and its suburbs.

After arriving on a late-day flight, I get my first taste of Portuguese cuisine at Lost In. Nestled in Bairro Alto—meaning “upper town,” owing to its perch atop a hill—the eatery is one of Lisbon’s many rooftop establishments. After ogling terracotta roofs, wrought-iron balconies and São Jorge castle in the distance, I turn my eye to the menu. On offer: a multi-ethnic mix of classic Portuguese cod, Indian samosas and Asian-fusion dishes.

Though I’m not a fish eater—a near treasonous trait in pescatarian Portugal—the platters of swordfish and sea bass flying out of the kitchen look fresh and flavourful. I settle on grilled oriental chicken with zucchini and green beans. Asian, African and Moorish influences abound, thanks to the early Portuguese explorers who established trade routes and land claims from Goa and Macau to Mozambique and Brazil. The country’s famed piri piri spice, for instance, hails from Africa.

After dinner, I head across the street to my hotel, one of the city’s many boutique-quality guesthouses. Whatever your budget, consider a hotel at the top of one of Lisbon’s hills. You’ll be able to walk down in the morning and hop on a tram or funicular for the return jaunt up after a long day. For more than 130 years, Ascensor da Glória has been transporting weary Lisboetas up a steep incline from Restauradores Square to Bairro Alto. The creeky yellow funicular, one of three operating in the city, holds up to 42 people and makes the winding journey up Calçada da Glória in about two minutes.

You can tell a lot about a city by its food. As I bite into the crumbly crust of a warm pastel de nata (custard tart) at a sidewalk café, I can tell Lisbon is my kind of place. In one mouthful, the city’s signature pastry hints at palace intrigue, secret recipes and religious strife. (In truth, it only offers up hints of vanilla; the historical placard on my table says the rest.)

Pastéis de Belém is the birthplace of this uniquely Portuguese confection. The west-end bakery began life as a sugar refinery and general store, supplying the kitchen of the 16th-century Jerónimos Monastery, which acted as a predeparture stopover for sailors setting out on long sea voyages. Many navigators and seamen spent their last nights on land within the church, praying for safe passage.

The Liberal Revolution of 1820 saw the government close all convents and monasteries. Clergy, cooks and servants found themselves evicted and jobless. Before fleeing, one quick-thinking monk packed his recipe for custard tarts, and began offering them in the refinery’s shop. They became top-sellers and, in 1837, the refinery rebranded as a pastry shop. To this day, the monk’s recipe is a closely guarded secret.

A bag of tarts in hand, I head over to see the famous monastery up close. The elaborately carved complex housed monks from the Order of St. Jerome. Today, it’s one of Portugal’s best-loved buildings and the final resting place of national heroes, including explorer Vasco da Gama and poet Luís de Camões.

Before leaving Belém, I walk south to the river and salute Portugal’s Age of Discovery at Padrão dos Descobrimentos. Among the luminaries carved into the white stone monument are da Gama (who discovered the sea route to India), Ferdinand Magellan (first to circumnavigate the globe) and Pedro Álvares Cabral (discoverer of Brazil). 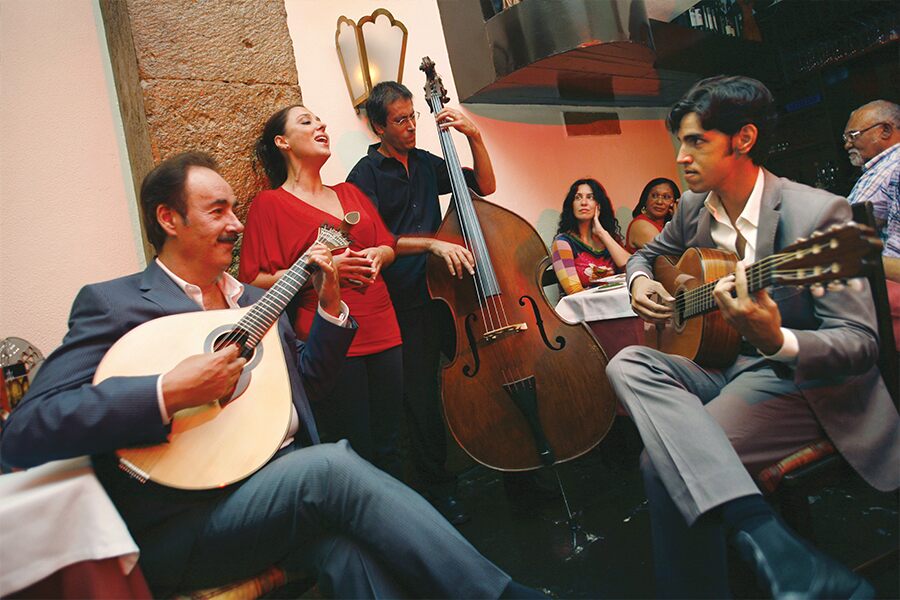 There’s no doubt: Portugal is a seafaring nation. The Portuguese sing about the sea, celebrate those who conquered it, and will eat almost anything that comes from it. They eat the most fish per capita in Europe and, with the opening of the country’s first cannery in 1854, tinned fish has been their go-to fast food: a cheap protein when food was scarce, especially during the World Wars. Portuguese staples like sardines and tuna, plus squid, eel and mackerel are caught fresh, preserved and packaged in olive oil, vinegar, tomato sauce or vegetables. “At any given time, we have about 125 different kinds in stock,” says Regina Maria Cabral Ferreira, proprietor of Conserveira de Lisboa, one of the city’s oldest canneries. Almost everything inside the quaint Baixa district shop is original to its 1930 founding.

Among the rows of colourful tins lining the wall are Conserveira’s three house brands: Minor, Prata do Mar and top-of-the-line Tricana, recognizable for the bonnet-clad lady on its label. “All our fish are caught in Portuguese waters,” says Ferreira, who runs the operation with her children. Tuna is caught in the Azores; sardines in Matosinhos. Though food is no longer scarce, Lisbon’s tinned fish business is booming. Locals devour the canned contents in pasta or on sourdough bread, while upscale menus across the city increasingly feature preserved fish. The little packages also make great souvenirs: Conserveira staff lovingly wrap each purchase in brown paper and twine.

Wine is another tasty souvenir. When the Romans arrived here some 2,000 years ago, the region’s viticulture was already firmly established, thanks to Tartessian and Phoenician occupiers. Wine remains a part of daily life: Residents consume an average of 54 litres annually. Vinho Verde (green wine) becomes my go-to varietal. Its grapes grow in the lush hills of northern Portugal, just below the Spanish border. While the wine isn’t actually green in colour (the name refers to its leafy growing region), it is crisp, refreshing and best imbibed on a sunny terrace.

It’s also cheap—very cheap. I picked up a decent bottle for €3 at a corner store by my hotel. In restaurants, quality vintages are also surprisingly affordable, ringing in at 10 to 20 euros. Even at the airport duty-free, you can score a good bottle for pocket change. Ask locals to name the best place in town to sip chilled Vinho Verde and you’ll likely get one response: anywhere outdoors. Thankfully, government officials agree. Municipalities maintain miradouros, terrace lookouts situated atop each of Lisbon’s seven hills. Bring your own bottle or snag a café table at a foodand-drink quiosque (kiosk). Located at the top of Ascensor da Glória, Miradouro de São Pedro de Alcântara offers one of the best views in town, especially at sunset. I order a hearty bowl of gazpacho, thick crusty bread and wine for less than 9 euros.

When the sun goes down in Lisbon, fado rises. The sounds of guitar chords and haunting vocals waft through cobblestone streets and alleys. Literally translated as fate or destiny, fado is a folk music genre born in the city’s Alfama district in the 1820s. The melancholic melodies evoke the notion of saudade: yearning for something lost. “Fado is us—the Portuguese—set into music,” says historian and scholar Dr. Rui Vieira Nery. In 2011, Nery led the charge to put fado on UNESCO’s list of Intangible Cultural Heritage.

“By the mid-19th century, fado became the characteristic song of the lower-class neighbourhoods of Lisbon, along the harbour and in the rural outskirts of the city,” says Sara Pereira, director of the city’s Museu do Fado, which preserves and promotes the genre as a symbol of Lisbon and a cornerstone of Portuguese culture. The museum’s vast collection includes historical documents, lyrics, recordings and instruments celebrating the musical tradition. It also hosts regular performances.

Thanks in large part to the museum, fado is a must-see and -hear for any tourist. But it remains firmly entrenched with locals as well. “Lisboetas and Portuguese from all over the country still love to attend fado shows—in the museum, fado houses or at outdoor concerts,” Pereira says. “Every September, we also host a two-day fado festival in Alfama.” To hear for myself, I book a table at Povo. On Lisbon’s famous pink street—a rose-painted avenue lined with restaurants—the bustling bistro specializes in petiscos (Portuguese tapas). Unlike other restaurants, which charge a hefty prix-fixe dinner-andshow fee, Povo’s menu is à la carte and the fado is included free of charge. Another unique selling point: the fadistas (fado singers) are amateurs taking part in the eatery’s artist-in-residence program. Each performer gets a nightly set at this informal fado finishing school.

After I settle in with some caldo verde (kale soup) and pork-cheek croquettes, the show starts promptly at 9. Two musicians and a singer assemble at the front of the restaurant—not on a stage, but between tables, making for an intensely intimate experience. Following proper fado etiquette, I remain silent while the fadisto pours out his heart about what I assume is lost love. Though songs are sung in Portuguese, the emotions behind each word and note resonate in any language. I sip my Vinho Verde and close my eyes. For a brief moment, I feel a part of this passionate city reverberate in my own soul. Saúde, Lisbon. 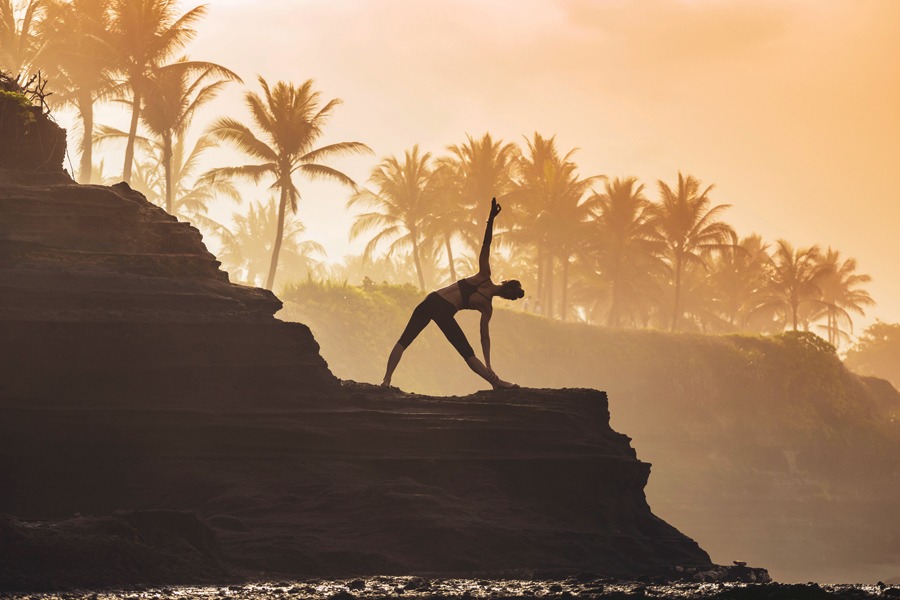