The best spots in North America to see wildflowers in full bloom.

Every spring, Mother Nature paints the landscape across grassland prairies, alpine meadows and desert valleys. Carpets of wildflowers are the loveliest harbingers of the season. Social media has brought a whole new interest to wildflower sightings, with seemingly as many photos of people in fields of flowers as there are blooms themselves. But there’s nothing like the real thing! Get out there and see and smell these spring beauties across North America.

The area starting at the north end of Parker Ridge—near the boundary with Jasper—is the high alpine zone. From mid- July to mid-August, wild rose, Indian paintbrush and other cheery flowers proliferate. These short perennials have created all sorts of strategies to survive the harsh conditions, long winters and short growing season. They huddle close together, creating beautiful mats of flowers. While it’s always important to stay on marked trails for the protection of wildflowers, it’s also for your own safety here: The soil is shallow and erosion can quickly shift the ground, creating walking hazards.

In the wetter sub-alpine zone, coniferous forest floors breed carpets of knee-high purple daisies, paintbrush, flowering bushes and bouquets of other mountain flowers. The third zone, montane, runs along along the shores of Johnson Lake and the Bow Valley Parkway, which connects Banff to Lake Louise. This zone boasts the longest wildflower growing season. Among deciduous trees and wetlands, prairie crocus is the first to bloom, followed by orchids, brown-eyed Susans, early blue violets, fireweed and a variety of lilies.

It’s common to become an obsessed “flower child” after going on an alpine wildflower safari. “There are many ways for us to understand what’s what: clubs, social media groups and apps,” explains Heather Dempsey, a longtime guide at Banff National Park and member of the Bow Valley Naturalists. The group conducts citizen science projects to help foster wildflower preservation. “Groups and clubs like ours teach people about preservation, while also providing tips to grow wildflowers at home.” 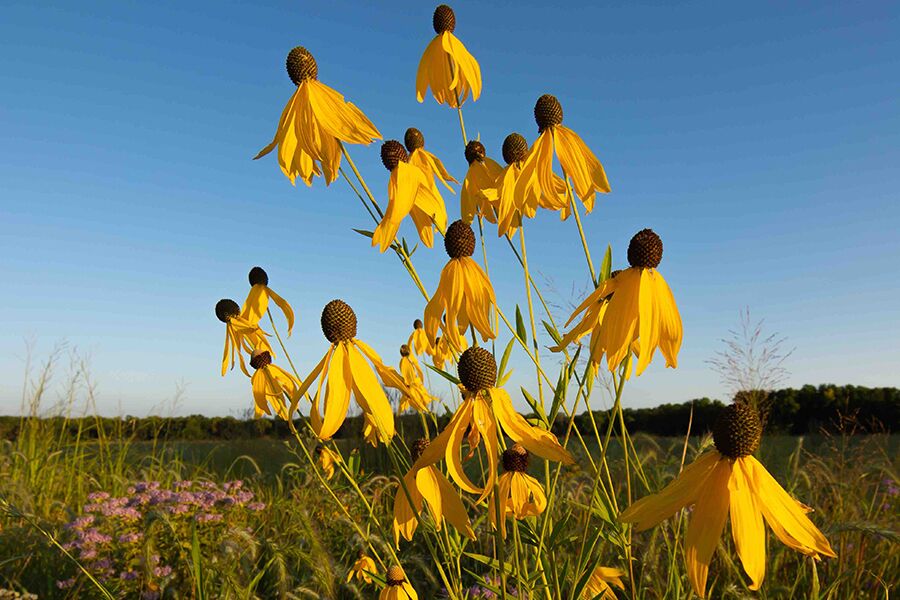 There’s so much more to South Dakota than black hills and American presidents carved into rock. The Mount Rushmore state also boasts one of the continent’s most vivid and varied wildflower displays.

To see the best of the best, says Milt Haar, chief of resource management at Badlands National Park, you have to veer away from the road and venture into the trails in the wilderness area of the park. “That’s where you’ll get the best wildflower views of the unique ecosystem—it’s the largest protected mixed-grass prairie in the United States.”

A horse in bluebonnets.

The bluebonnet is to Texas as cherry blossoms are to Japan and tulips to Holland. The purple-hued flowers seem ubiquitous across the state, especially in the Hill Country where they blanket hills, valleys and even highway shoulders. Depending on fall rainfall, bluebonnets typically start flowering in late March, but April is prime petal-peeping season.

There are five different varieties of bluebonnets, and occasionally a white or a pink bloom will pop up. If you see a maroon bluebonnet, thank Texas A&M University’s engineering department—they engineered the deep hue to honour the school colour.

Visitors can hike along informal trails around Marble Falls and Highland Lakes, an area comprised of six lakes formed by local dams. In recent years, Marble Falls has become the go-to spot for Instagrammers, making it jammed with flower hunters. (To dissuade crowds, some area farmers have taken to mowing their wildflower fields.) Instead, point your car towards lesser-travelled country roads, such as the Willow City Loop, where the flowers also proliferate.

Also known as buffalo clover and el conejo (the rabbit) in Spanish, the flowers haven’t always been so plentiful. In the early 20th century, they were mostly limited to the Hill Country. As a beautification effort in the 1930s, the state highway department planted bluebonnets across its network, thus extending their reach.

Even former U.S. first lady, Lady Bird Johnson, devoted herself to the preservation of bluebonnets, through the Lady Bird Johnson Wildflower Center. As she once said, “My special cause is to preserve the wildflowers and native plants that define the regions of our land… to pass on to generations-in-waiting the quiet joys and satisfactions I have known since my childhood.” A beautiful sentiment for a lovely bloom.

In 2017, 2019 and 2020, millions of flaming-orange California poppies blanketed one of the driest places in the United States. The years are rightfully referred to as the state’s “superbloom.” Then, in 2021, there were nearly none.

“Everything depends on the weather: the rain and the right amount of cold. It’s a tricky formula,” says Sandy Smith, executive director, Destination Lancaster. But when those tricky growing conditions hit in exactly the right combination, the results are spectacular.

Located on the western edge of the Mojave Desert, Lancaster is unofficially California’s poppy capital. For prime viewing, try to visit in March and April, when the flowers add a rosy flush to the desert landscape. Antelope Valley California Poppy Reserve, which is also a state park, offers a “poppycam” on their website, so petal pushers can check the fields in real time. Upon arrival, the reserve features miles of controlled trails, and eager rangers keen to educate visitors about poppies.

Of course, the poppies don’t just grow in the park. Drive down rural roads around Lancaster—especially along the Antelope Butte Trail—to see swaths of yellow, orange and red poppies covering vacant fields. And though the flowers provide incredible photo ops, Smith cautions visitors to “avoid walking on them, as they are very fragile.” If you must get that money shot, stick to trails and get low to the ground. 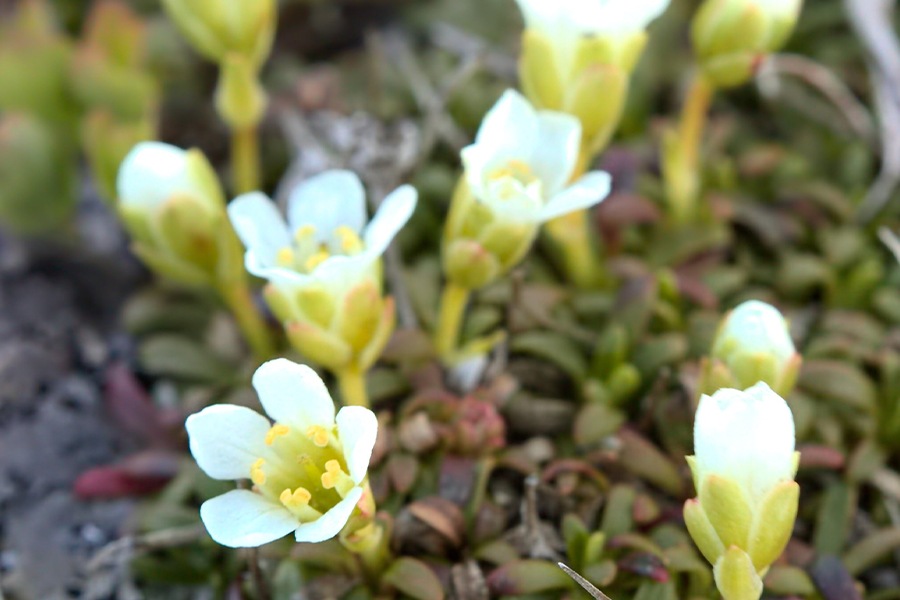 You can hike, drive or take the gondola to the top of Vermont’s Mount Mansfield. But hiking is the only way to the top of Mount Abraham and Camel’s Hump to see rare flowers like diapensia, mountain sandwort, charming bluets, mountain cranberry and other blooms that only grow above the treeline. Many of these alpine flowers are very fragile but tough, fighting both wind and cold to bloom and thrive.

The Green Mountain Club is charged with educating hikers about this unique and challenging growing environment. You’ll find club caretakers on mountain summits during the busy hiking season. They offer advice and remind hikers and wildflower peepers in the alpine zone to take necessary precautions to protect this delicate environment.

“Our guides will even tell you how to do the ‘rock hop’: Only step on exposed rock, never on plants,” said Nigel Bates, Green Mountain’s caretaker program field supervisor.

If you make the trek southeast of the border, it’s best to go in June through late summer. Though the blooms start earlier, the state encourages people to stay off trails until after Memorial Day weekend to give them time to dry out during mud season.

The province takes on a whole new light when the sun goes down.

Québec by the Sea

A whale of a good time on a mother-daughter getaway to the Gaspésie region.