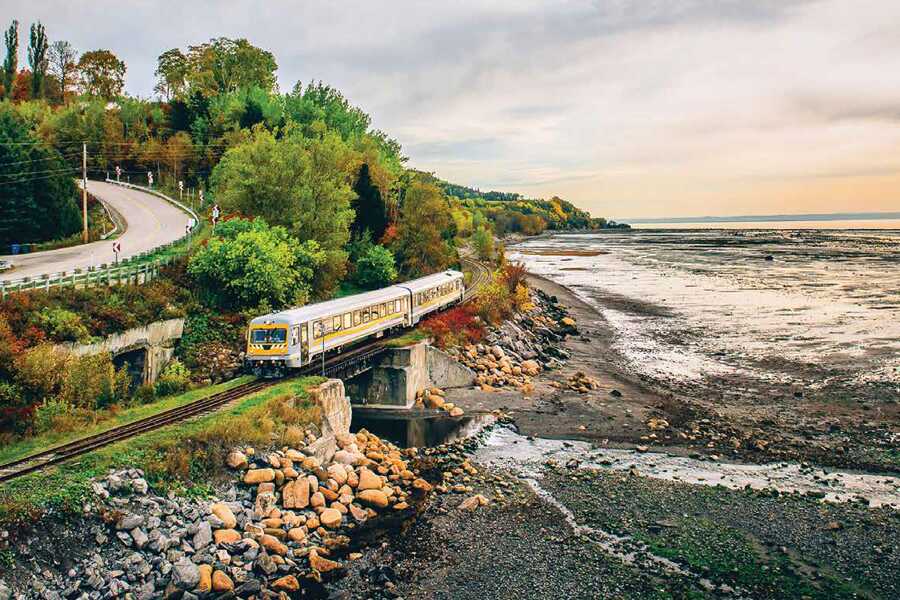 The many delights of summer in Quebec City and the Charlevoix region.

I can't believe my good fortune. It's a gorgeous blue-sky afternoon. The cattle are lowing. A light breeze blows down from the mountains, diffusing the fragrance of a nearby lavender patch. And I'm completely alone in a hydrothermal pool overlooking verdant farmland, the St. Lawrence River flowing in the distance. The tranquility is immaculate. But as I soak in the rural scenery, the away-from-it-all peacefulness, I can't help thinking back to my time racing through Quebec City - and the bustle of its biggest summer festival - just a few days earlier.

That event, the Festival d'été de Quebec, is an annual, anything-goes celebration of music: 11 days of concerts in the heart of the city. It's the sort of grand gathering where you can spend afternoons hopping between shows by Afro-funk bands, Franco-pop favourites and American folk singers before checking out big-name acts like Lorde and Neil Young as the sun goes down.

The party's in full swing when I arrive in town, and I'm quickly caught up in a throng along the Grande Allée; downtown Quebec's restaurant-lined main drag is pedestrians-only during the festival. Every patio is filled to bursting, and anyone who isn't savouring a meal is moving toward a common goal, the Plains of Abraham. For the next three hours, the historic battlefield becomes a riot of booming drums, clangorous guitars and 80,000 rock fans shouting along with the Foo Fighters. In the midst of this gigantic crowd, the spectacle hits like a hammer to the chest. It's enough to make me wonder if the 188-year-old walls of Quebec's famous Citadel, just steps away, have been reinforced against sonic attack.

But one can take only so much rock ‘n' roll majesty, so I leave the show a touch early. It proves a wise decision. The stroll back to my room at the Chateau Frontenac is pleasantly uncongested. A block from the hotel, a lilting, guitar-picked melody drifts from a bistro's open window - a modest chaser to a raucous night.

In Quebec we like simple pleasures: good food, some wine, music." It's an off-hand remark by our tour guide, Odette, a footnote as we pass through an up-and-coming downtown neighbourhood. But it's a sentiment that will stay with me throughout my time in the province, and one I've already seen borne out. The summer festival, for one, is notable for its ease of access: A no-fuss $100 pass gets you into every show, and they're all within walking distance of each other.

My aimlessness is rewarded with many memorable scenes. Early-morning joggers bound across the Dufferin Terrace as the sun rises over the St. Lawrence. Souvenir seekers haggle with artists selling their folksy prints on the crowded Rue du Trésor. Kids race gleeful and soaking through the fountain outside city hall. Tour groups pose for photos in front of the Fresque des Québécois, a 420-square-metre mural illustrating the story of Quebec City.

Those 400-plus years of history are evident everywhere you turn, though they're most strikingly integrated with modern Quebec at Auberge Saint-Antoine. A boutique hotel in the city's Old Port, its stylish common spaces showcase a unique collection of artifacts, which were unearthed during the construction of the property's contemporary wing. I can't help but notice the display of rough-hewn cutlery on my way into Chez Muffy, Saint-Antoine's farm-to-fork restaurant in a 197-year-old maritime warehouse.

Many ingredients used in the restaurant come direct from the Île d'Orléans. Known as the garden of Quebec, the island's abundant farms produce everything from maple syrup to strawberries to heritage poultry. Regrettably, a side trip isn't in the cards. I only have time to cycle past— along the Corridor du Littoral, a riverside route from Quebec City's Old Port to Montmorency Falls.

Higher than the famous cascade at Niagara, Montmorency Falls is a natural wonder, history lesson and adrenaline rush in one. A cable car ascent makes for the ideal visual introduction before I get up close by crossing the suspension bridge directly above la chute, as it's known en français. But I'm soon due back for lunch at the nearby Manoir Montmorency, so I snap a few more photos and then make my return—via a 300-metre-long zipline over the thunderous gorge. After that little adventure, and the bike ride that preceded it, a simple pub-style burger and local microbrew more than satisfy. Between bites, I learn that in 1759, the falls backdropped a major battle between French and English forces (the French won), just months before the British victory on the Plains of Abraham forever altered Quebec's future. 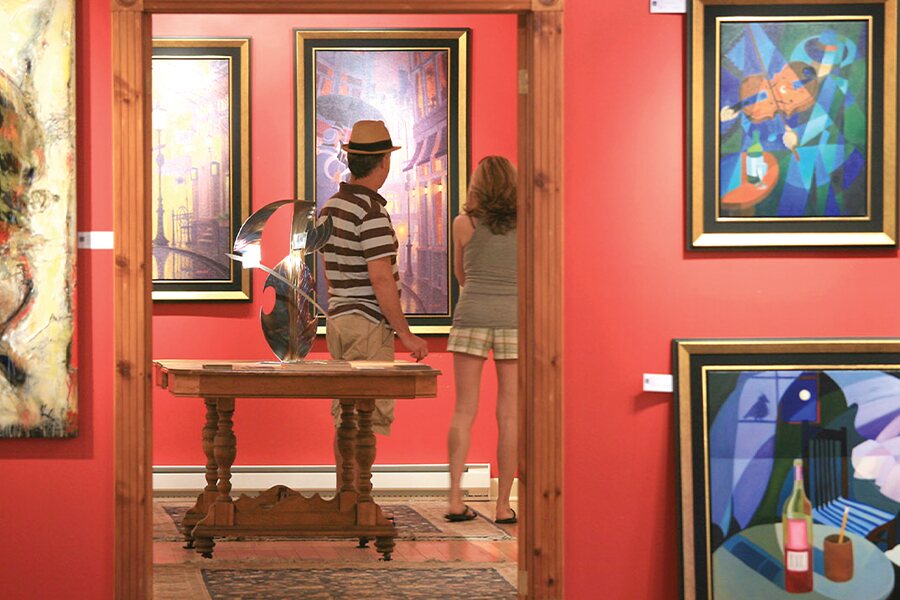 I'm at the falls again the next day, this time to board a train that chugs leisurely along the St. Lawrence River to Baie-Saint-Paul, the primary town of Quebec's Charlevoix region. Nestled within the Laurentian Mountains, the area is popular with outdoorsy types: hikers tread hundreds of kilometres of trails; kite surfers skim across the sun-spackled river; in winter, skiers carve their way down Le Massif, which boasts the biggest vertical drop of any slope east of the Rockies.

But there's more to Charlevoix than rugged terrain. In fact, the region's geographic centre is a fertile valley created by an asteroid impact 400 million years ago. Baie-Saint-Paul is in the middle of this astroblème. Surrounded by rivers, foothills and family farms, it's a quintessential small town, the sort of place where you can spend hours browsing artisan boutiques or savouring field-fresh fare on secluded terraces.

I do both after dropping my bags at the Le Germain Charlevoix Hotel and Spa. Built on the former site of a sizable farm and powered by geothermal energy, the property marries chic design with au naturel elements—including a substantial garden, greenhouses and livestock-filled pastures just a stone's throw from its guestrooms.

Wandering over to the vegetable patch, I greet a ruddy-faced man who's stooped over the soil. He turns out to be the hotel's head gardener, André Bilodeau, and he's inspecting the produce being grown for Le Germain's two restaurants. Our conversation starts in French as he points out the basilic (basil), fenouil (fennel) and échalotes (shallots), but we switch to English once I begin tripping over my verb tenses. Anecdotally, it seems true that there are fewer fluently bilingual Quebecers outside of the capital and Montreal, but throughout my time in the province, I never feel resented for my lack of French. Opening with "Bonjour, comment ça va?" lets locals know I'm trying, at least.

From the garden, it's an easy stroll to downtown. Quirky shops—like a vintage game store and a cider boutique that sells, among other things, the world's first tomato wine— are set amidst one of the highest concentrations of art galleries in Canada. Many renowned painters, including Group of Seven member A.Y. Jackson, have been inspired by Charlevoix's unique topography. Their likenesses are enshrined in bronze busts on street corners and in parkettes, while their landscapes hang in establishments throughout town.

They can't compete, however, with the real thing: the countryside that stretches out before me later in the afternoon, as I float in Le Germain's thermal baths. It's the perfect setting for indulging a simple pleasure—taking stock of my journey and recharging for adventures yet to come. 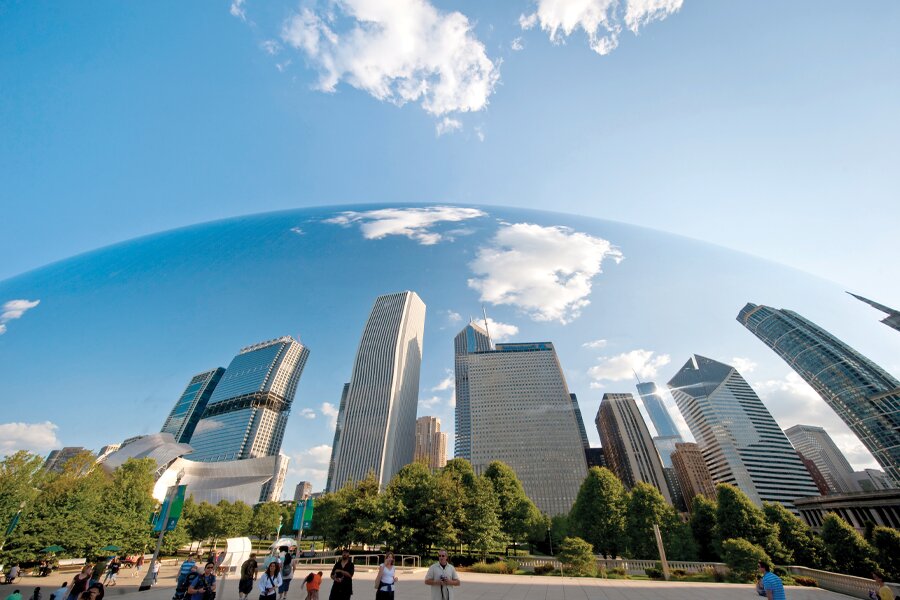 With direct flights from Winnipeg, there's never been a better time for a Windy City weekend.

Don't be driven to distraction.

How to adjust your thinking and navigate a culture shift behind the wheel. 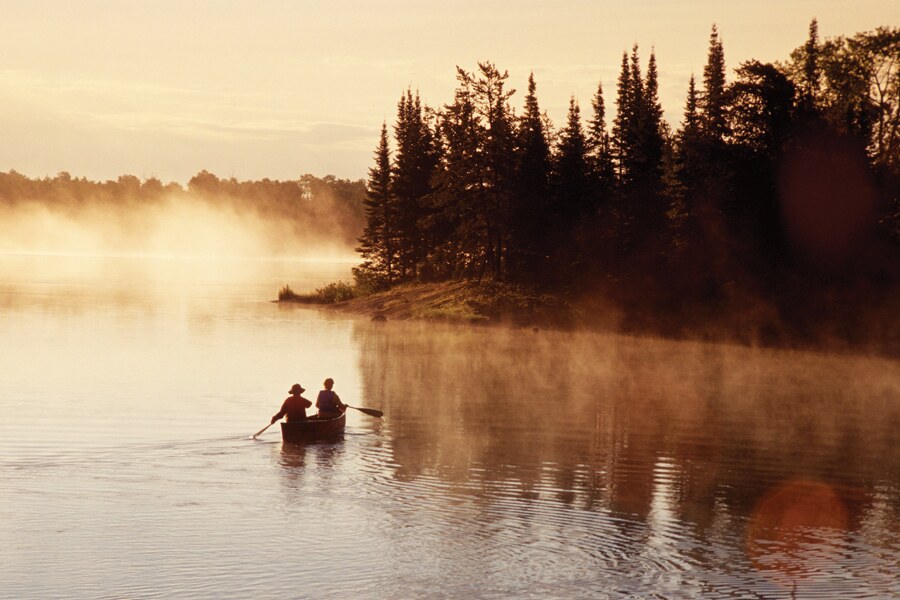