For more than a decade, I’ve travelled dusty back roads and bustling highways to uncover Manitoba’s fascinating and often murky history. I have sought out the quaint, quirky and downright weird places that reveal how our province has evolved over the years. From abandoned spaces to kitschy roadside attractions, I’ve documented thousands of existing and forgotten landmarks (enough to fill not one but two books). Here are a few standouts—along with their GPS coordinates—so you, too, can appreciate these Manitoba milestones.

The full-size model of a sturgeon in Dominion City is a reminder of a real-life fish tale. In October 1903, Dominion local Sandy Waddell was fishing in the nearby Roseau River when he pulled out a 184 kilogram, 4.7-metre-long sturgeon—believed to be the largest ever caught in Manitoba waters. The whopper was estimated to be 150 years old when she was hauled in. (An average sturgeon ranges in length from one to two metres, and typically lives between 50 and 80 years.) For generations, Indigenous people have used sturgeon as a source of food, and have turned their bones into needles and other fine tools. One wonders what Waddell’s impressive catch, a female bearing eggs, would have contributed to the propagation of her species, which is now threatened due to overfishing.

Today, most of us take flush toilets for granted. Few have even seen an outhouse (a.k.a. biffy) let alone used one. Through the 20th century, towns pushed to replace the humble biffy with centralized collection facilities for treatment and sanitary disposal. In October 1966, a new sewage treatment plant in Bowsman (population 558) enabled every home to have an indoor toilet. On Dec. 31, 1966, as a gesture of relief and excitement, the townspeople collected all the unused biffies and set them ablaze. Four years later, a modest fieldstone monument—topped with a miniature biffy—was erected at the site of the burning as a perpetual reminder of modernization.

Beginning in the late 1910s, the construction of concrete bridges around Manitoba revolutionized transportation in the province. They made it easier to drive personal vehicles and, over time, the growing road network made passenger trains largely obsolete. Hundreds of concrete bridges were built on major and minor roads throughout the province, including “bowstring arches” that resembled the graceful curve of an archery bow. Bowstring No. 778 over the Turtle River, south of Ste. Rose du Lac, was formerly on PTH 5 and headed straight north into town. Built in 1921, the one-lane bridge conveyed cars, trucks and farm equipment until 1958, when a new highway was built nearby. Bowstrings were not well suited to the wider, heavier vehicles that became common through the years. Most have now been replaced—making No. 778 a sight worth stopping for.

Passers-by often wonder about the mysterious nine-metre-high structure standing on the east side of PTH 6 north of St. Laurent. The large concrete box and its 10 stout legs are the remains of a century-old lime factory. The caustic white powder was used to make mortar, plaster and cement. Opened in 1912 by the David Bowman Coal and Supply Company of Winnipeg, the plant produced some 400 tons of lime per month by raising the temperature of crushed limestone in wood-fired kilns. The facility operated for at least a decade until decreased demand led to the plant’s closure. (It never reopened.)

The humble grain elevator has come to symbolize the Prairies. Nearly every town had one; Manitoba once boasted more than 700 of them. Today, however, fewer than 100 remain. Canada’s oldest surviving grain elevator stands at Elva in the southwest corner of Manitoba. Built in 1897, it was operated by the Lake of the Woods Milling Company, known for its Five Roses flour. Upgraded with a new foundation and weigh scale in 1950, the elevator was later sold to the Ogilvie Milling Company followed by Manitoba Pool Elevators. By the 1960s, the little elevator was just too small and ineffcient compared to the larger ones being built by that time. It closed in 1968 and has stood empty ever since. 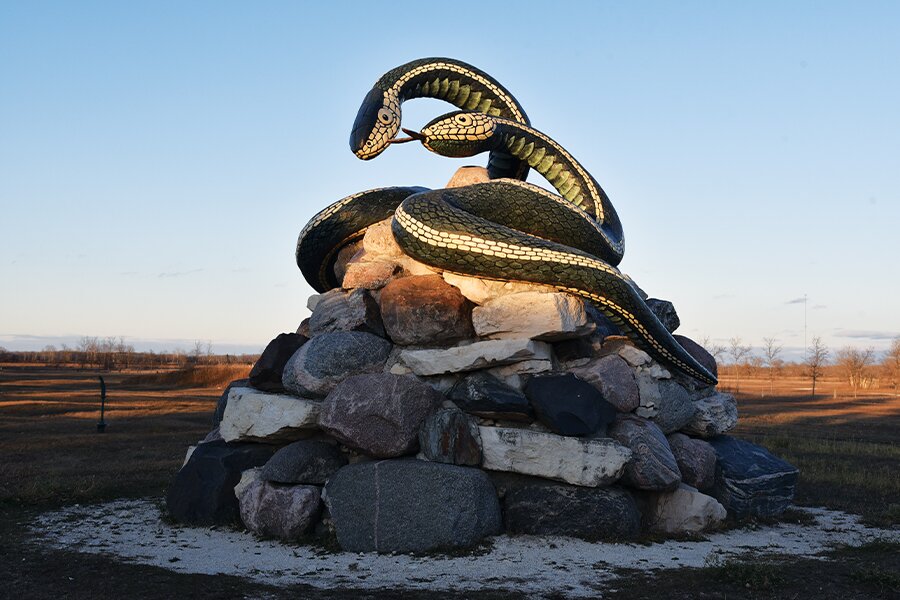 The area north of Inwood contains Manitoba’s highest concentration of red-sided garter snakes. Thousands of the harmless reptiles overwinter in the limestone caves and crevices that abound in this region. Because such hospitable holes are rare, they tend to gather in very large groups. The snakes come out in the spring to forage and reproduce. Measuring 7.5 and 9 metres long, this slithering pair are made of metal rods overlain with foam and fiberglass. Unveiled in 1985, the lifelike serpents rest on a neatly stacked pile of granite and limestone.

In the early days of the 20th century, homes in the wealthiest parts of Winnipeg invariably had a coach or carriage house to accommodate a shiny new automobile. A coach house associated with a grand manor in the affluent Armstrong’s Point enclave dates from 1913, when it was built for Presbyterian cleric Charles Gordon. Reverend Gordon moonlighted as a novelist, writing under the pen name Ralph Connor. His books offered a romanticized vision of life in Western Canada and were hugely popular at the time. Today, his coach house is maintained by the University Women’s Club of Winnipeg, and is largely used for storage.

Eagle-eyed drivers travelling east on the Trans-Canada Highway between Richer and Hadashville will spot a three-metre-wide tree stump. Built in the early ’70s, the concrete stump was intended to be the foundation for a statue of Smokey the Bear, the ursine champion of forest fire prevention. The would-be effigy harkened back to 1955, when a massive fire, the work of an arsonist, burned through the area and took the lives of three local men. After the stump was finished, plans for the statue were abandoned when a last-minute northward tweak to the new highway’s path put the monument site too far away. The forest reclaimed the stump until the mid-2010s, when gravel extraction for road maintenance revealed it again.

The author and professor documented his love for Manitoba’s roadside attractions in Abandoned Manitoba: From Residential Schools to Bank Vaults to Grain Elevators and its sequel, More Abandoned Manitoba: Rivers, Rails and Ruins. When not working as an aquatic ecologist at the University of Manitoba, he continues to seek out forgotten relics around the province.

Shop for his and other Manitoba stories at Indigo through the CAA eStore to earn up to 5% in CAA Dollars: caamanitoba.com/estore.

Need to know how to get there? Check out CAA’s Maps, Guides and TripTiks. 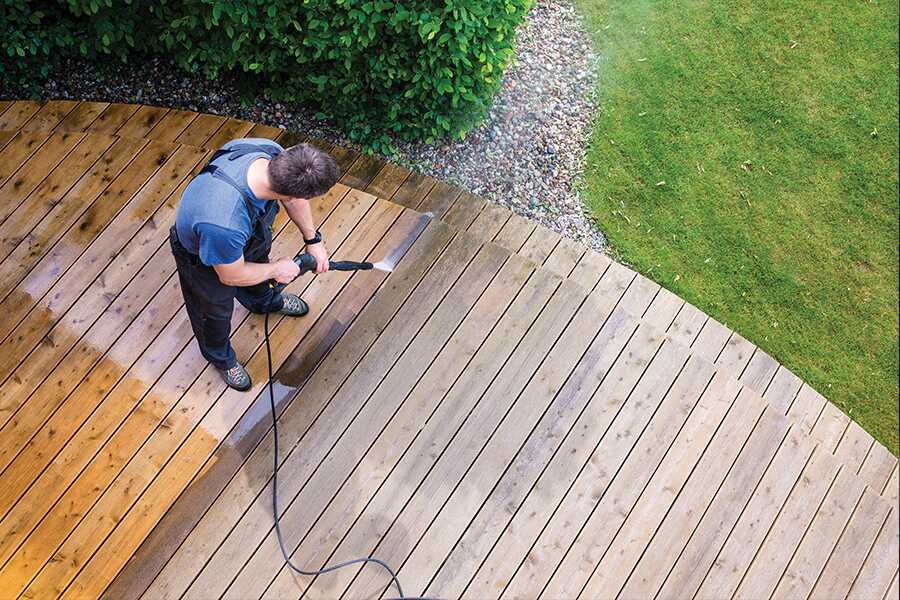 Whether you have a vast acreage, a suburban yard or a condo balcony, you can maximize your space for both work and play.

Diamonds in the Rough

How CAA Manitoba supports local to strengthen our communities.