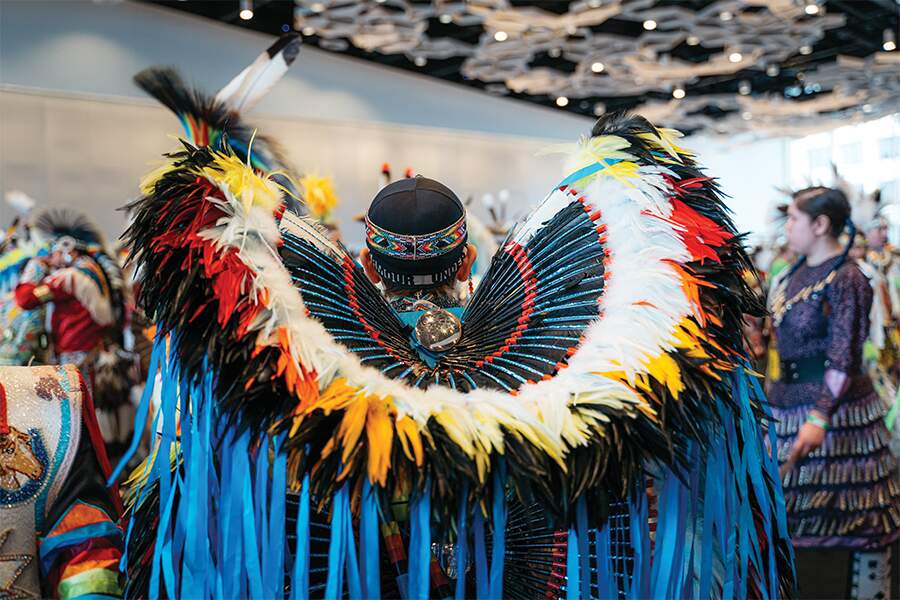 They are knowledge keepers and mighty musicians, skilled artisans and creative cooks, caretakers of the land and witty storytellers. And they are inviting visitors to share in the adventure, history and culture that only an Indigenous host can provide. Indigenous experiences on the Prairies will leave you inspired and connected to the First Peoples of the land we all call home. 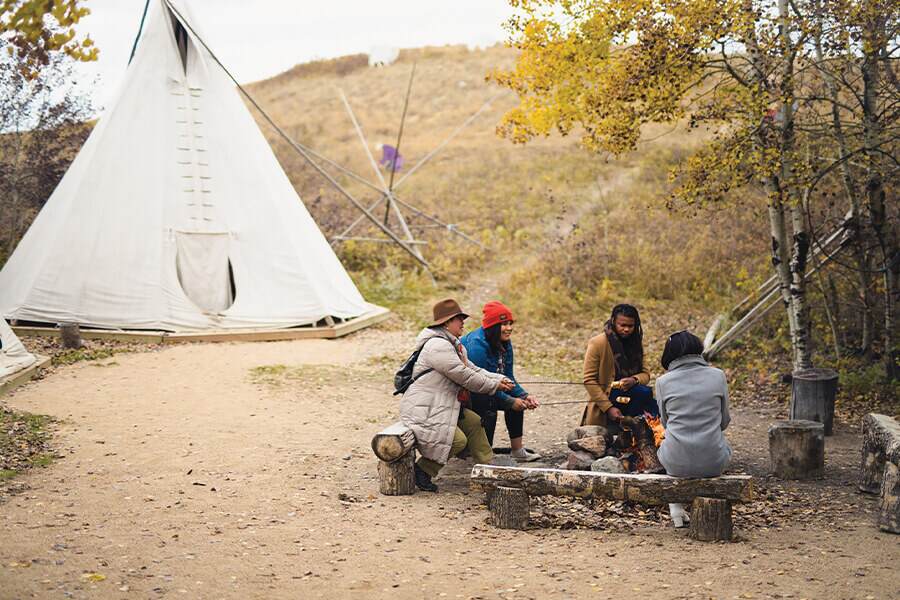 Meaning “seeking peace of mind” in Cree, Wanuskewin is an archaeological goldmine—and Canada’s longest-running dig. Since the 1970s, researchers have turned up tools, pottery and a 1,500-year-old ceremonial medicine wheel, constructed of stones and rocks.

For a taste of Indigenous life at Wanuskewin—which is currently shortlisted to become a UNESCO World Heritage Site—I reserve a seat at a Han Wi Moon dinner. The outdoor meal starts at dusk after a walk to a bluff overlooking the South Saskatchewan River and Opimihaw Valley. Five such events are planned for 2022.

“I love collaborating with other Indigenous chefs on these dinners,” Lessard says. “There’s just something about observing bison on the land—then preparing and cooking it—that makes you feel like you’ve closed the link.” Lessard also loves foraging for wild ingredients like her hunter-gatherer ancestors. 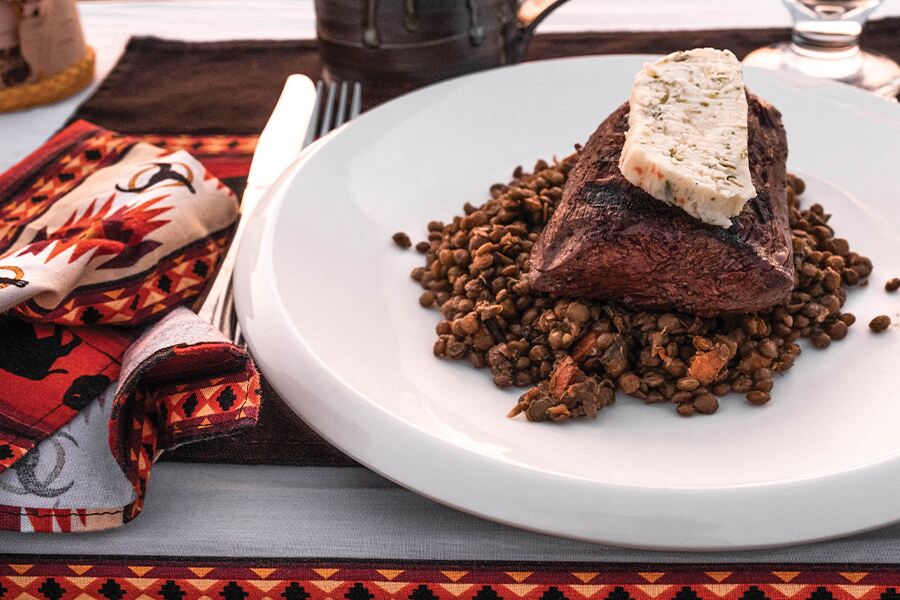 Michela Carrière lives among the wild things. Deep in the Saskatchewan River Delta north of Cumberland House, the Métis-Cree entrepreneur and healer operates Aski Holistic Adventures. In this remote setting, she hosts wilderness retreats, sharing her unique philosophy, Indigenous stories and secrets of the forest.

As a horticulturalist, Carrière leads me on a medicine walk and offers a lively introduction to forest bathing. Inspiration-seekers can also take part in sacred ceremonies in a tipi, attend nature therapy workshops or paddle out on a meditative canoe trip. Kick back in one of three cozy cabins for a relaxing night in the woods.

For a less rugged stay, Dakota Dunes Resort deals a winning hand when it comes to design. About 20 minutes from Saskatoon, the hotel is the latest addition to a complex that houses a casino and spectacular golf course, owned and operated by the Whitecap Dakota First Nation. The lobby sets the tranquil tone for my weekend stay: Fires flicker off the moody reflective ceiling and I can’t wait to pull up a raw log stool to sip some wine with a good book.

“The design showcases the element of fire and the essential role it plays in Indigenous culture and teachings,” says designer Nicole Tiessen of AODBT Architecture and Interior Design, the firm responsible for the hotel’s modern Indigenous look. Beyond the lobby, guests can luxuriate in one of 155 rooms, take a dip in the indoor pool or kick back on the outdoor terrace overlooking the golf course.

A highlight of my stay is dinner at Moose Woods Home Fire Grill. The menu features local flavours rooted in Indigenous heritage: bannock, forest mushrooms, elk and wild boar. Made with birch-glazed root vegetables and local venison, the game meat stew is rich, fresh and unforgettable. 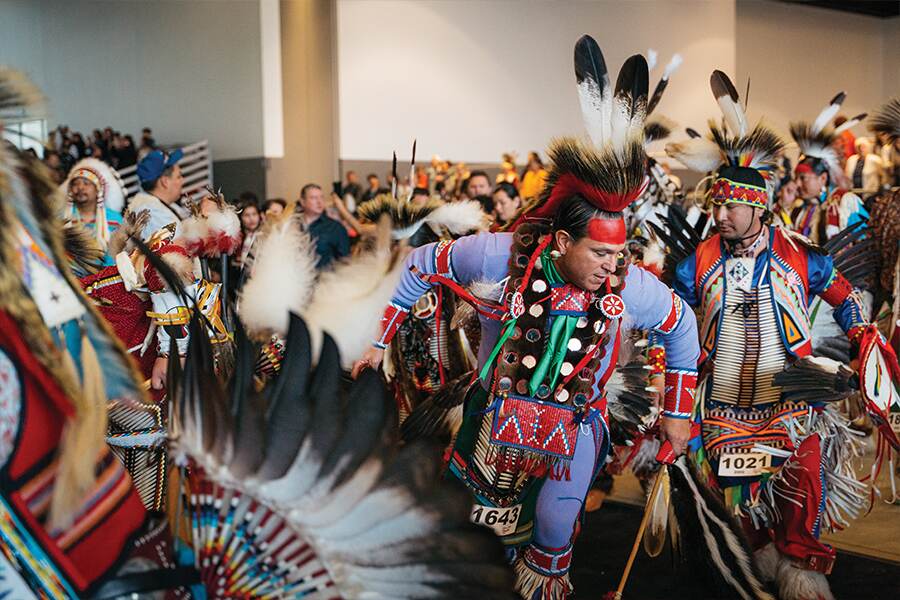 On a scenic outcropping of ancient Precambrian shield, a tower of carefully arranged rocks stands as a beacon to peoples of the past.

Painted by centuries of lichen and trimmed with moss, the figures hold the unmistakable shapes of turtles and birds, serpents and humans. These are the petroforms of Whiteshell Provincial Park and they are Diane Maytwayashing’s ancient university.

The Anishinaabe knowledge keeper guides visitors on walks through the sacred site, sharing stories, healings and ceremonies that continue to this day. Known today as the Bannock Point Petroforms, many local residents still use the original name, Manidoo-Abi, which loosely translates to “where the spirit sits.” Standing in front of them on a crisp, sunny day, I find it impossible to not be moved by this sublimely peaceful spot.

About an hour west in Ste Genevieve, Métis heritage comes to life in an even more colourful way. Artisan Mélanie Gamache embodies the spirit and workmanship of her Métis ancestors, who were known as the “flower beadwork people,” owing to their penchant for bold floral designs.

In her busy studio, Borealis Beading, Gamache teaches the traditional skills of two-needle beading, quilt-making and finger weaving. The beading workshop I attend takes place in a traditional circle, where I exchange stories with my fellow crafters—and get a much-needed helping hand with the intricate bead work.

Newbies start with a flower on a cloth bag, while advanced makers tackle a leather medicine bag, mitts or moccasins.

In weaving workshops, Gamache shares stories of Métis culture while teaching the intricate art of finger weaving to create a handmade sash or belt. 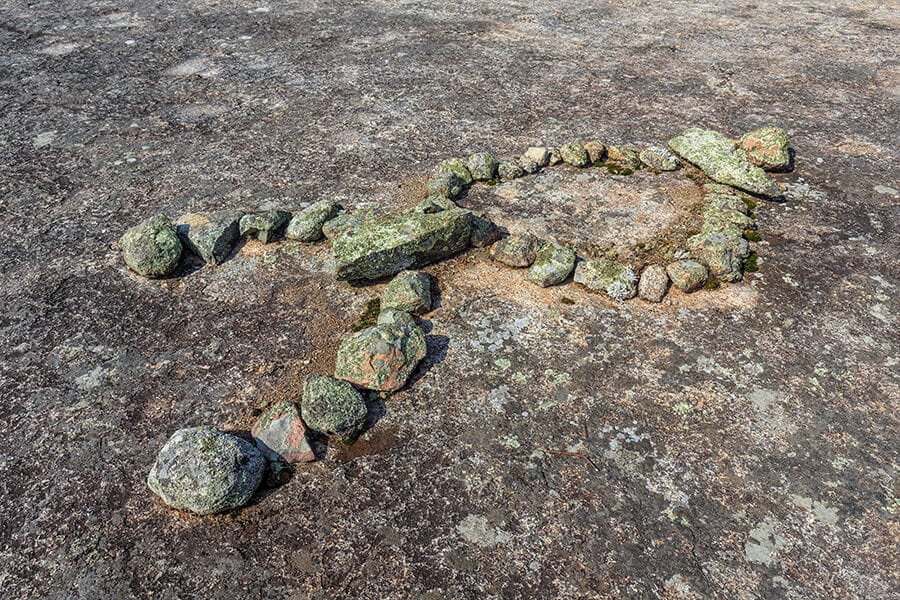 Tucked into the southeastern corner of Manitoba on Lake of the Woods, Buffalo Point Resort sits on the idyllic peninsula that shares it name.

The Indigenous-owned property boasts 11 kilometres of white sand beaches, calm waters in a sustainable fishery, and stretches of pristine boreal forest. I’ve come for a little fishing, feasting, swimming—and learning about Indigenous culture. Buffalo Point First Nation operates the resort in partnership with Lake of the Sandhills Golf Course, which is wholly controlled by the community.

Under the tipi-shaped roof of the Cultural Centre, I take a deep dive into the region’s Indigenous heritage. Thunderbirds grace the entrance of the centre, where exhibits trace regional history—from the 1700s, when Chief Red Cloud and the Sioux inhabited the land, to the arrival of the Ojibwa in the 19th century.

At Fire and Water Bistro, I sample dishes made with local Reed River Rice harvested by Indigenous people from the community. Be sure to order pan-fried pickerel served with a smoked bean cassolette over the aforementioned wild rice.

The grand entry of any powwow is a feast for the senses. “The beat of the big drum, medicines burning, the bright colours and designs of ornate regalia, little children dancing…it nearly brings tears to my eyes,” says Katherine Legrange, communications manager of Winnipeg’s Manito Ahbee Festival. Held annually every May long weekend, the festival kicks off the powwow season across Turtle Island.

“Non-Indigenous are sometimes worried about making mistakes or offending us,” she says. “That’s why we offer workshops where knowledge keepers share the meaning behind our traditions and basic etiquette.”

A deeper understanding of cultural customs, language and activities puts people at ease. “It helps bridge any divide that people might feel.” 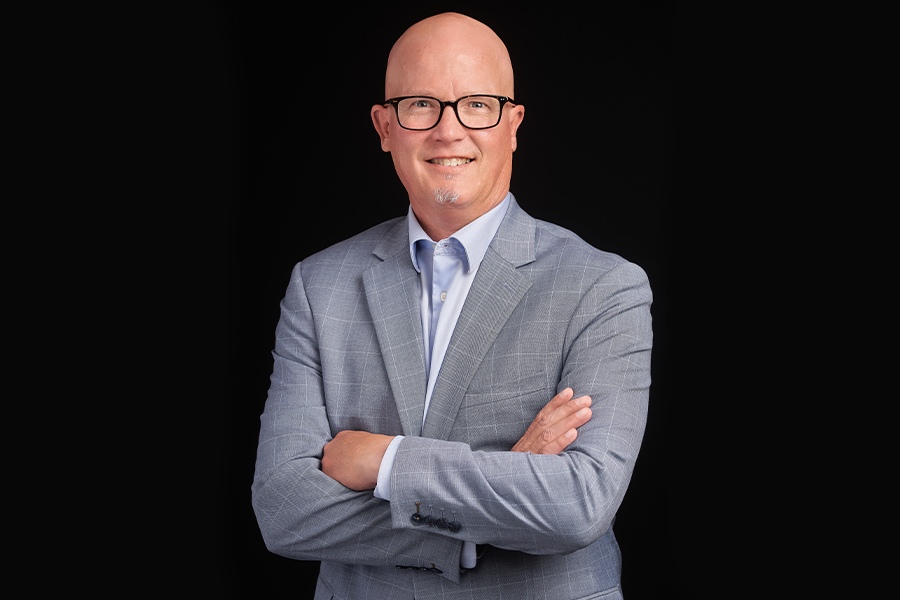 A World of Benefit

CAA is always looking for ways to add value to Members and the community. 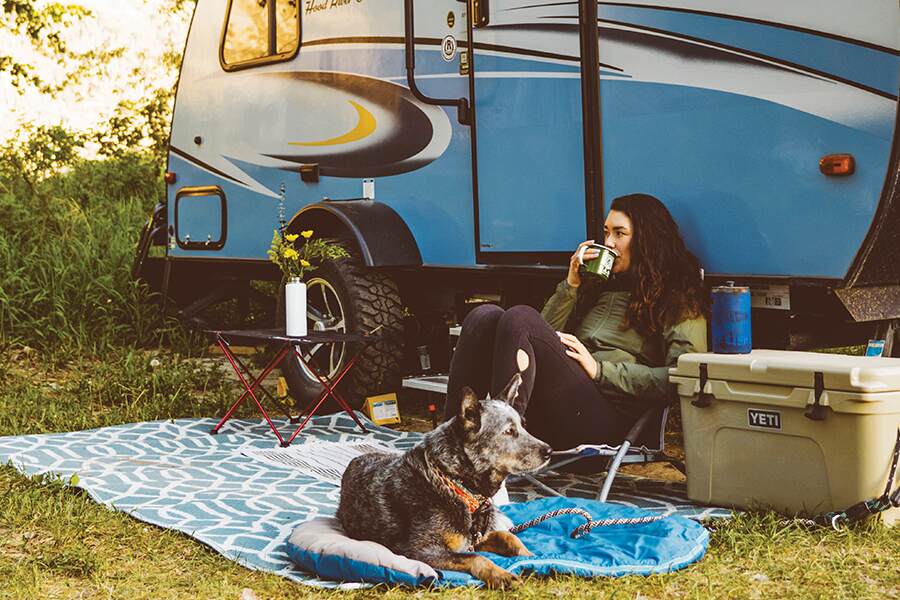 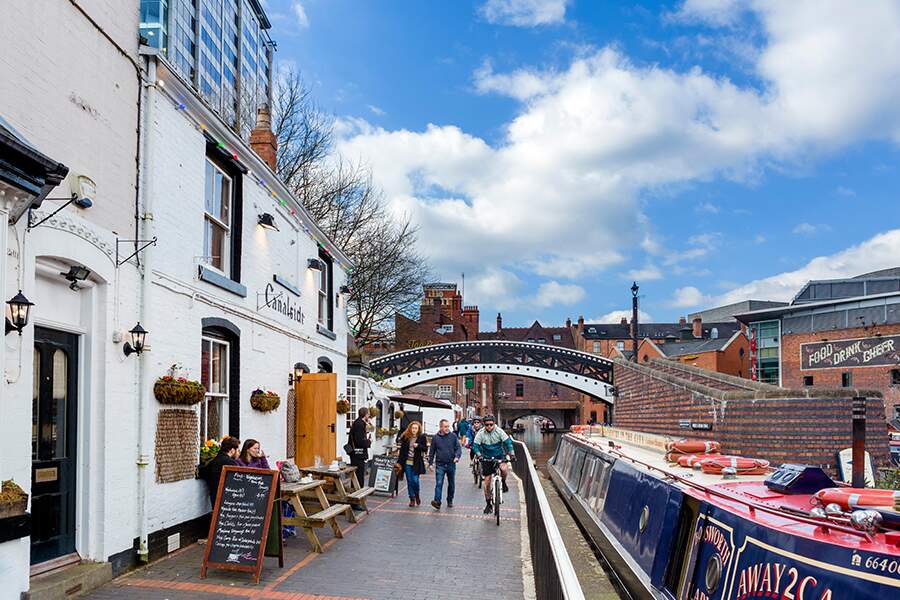 To Birmingham and Beyond

Home to Robin Hood and Shakesphere, the British Midlands offer a feast of art, history and food.