To Birmingham and Beyond

Home to Robin Hood and Shakespeare, the British Midlands offer a feast of art, history and food

The Gas Street Basin is lined with pretty pubs, shops and pedestrian walkways.

Savouring the taste of creamy milk chocolate, I gaze at an animatronic gorilla joyfully playing the famous drum fill in Phil Collins’ “In the Air Tonight.” It’s an unexpected climax to my visit to Cadbury World, Birmingham’s answer to Charlie and the Chocolate Factory.

I was already hyped well before arriving at this British candy maker’s signature attraction, located a short drive from the bustling centre of England’s second-largest city. En route in my taxi, I spotted the University of Birmingham’s 100-metre-tall clock tower, which reputedly inspired Isengard in J.R.R. Tolkien’s Lord of the Rings. To say my childhood fantasies were running wild would be an understatement!

Fun and adventure aren’t necessarily what you’d expect from the formerly industrial British Midlands, but revitalized cities like Birmingham, Nottingham, Coventry and Stratford-upon-Avon overdeliver. Bonus: They’re all within three hours of London by high-speed rail.

An ode to metal and mayhem on Black Sabbath Bridge.

On a walking tour, I learn a few quirky historical facts about the quarter’s Dickensian red-brick and terracotta buildings. Workers were once forbidden to wear turned-up trousers or Brylcreem in their hair to avoid gold being smuggled out. The neighbourhood is also famous for producing British military medals and pen nibs.

I’m also surprised and delighted to discover Birmingham’s rich musical legacy. I shop for old-school CDs at a 25,000-square-foot HMV, Europe’s most extensive entertainment store. At The Colmore, I grab a “Brummie” pizza, topped with chicken tikka and cilantro, to fuel up for a van tour with Jez Collins, founder of the Birmingham Music Archive.

“This is a strange city, neither north nor south,” he says. “It’s unique because of the diverse post-war communities who came here and rebuilt it.”

Of course, it’s not all rock and metal here. Another highlight is the city-meets-jungle mural featuring British reggae pioneers Steel Pulse. The tour is a culture connoisseur’s delight from Soho Road’s bhangra scene to Digbeth’s backstreet graffiti. It builds up my appetite to taste Birmingham’s acclaimed Indian food.

Downtown, I stroll across the 2019-christened Black Sabbath Bridge to Pushkar. I devour Khara Masala Ka Gosht (spicy lamb with onions, peppers and tomatoes) and delicious sides of creamy black lentils and Pulao rice at this elegant, award-winning restaurant.

Sipping my Pushkar Breeze mocktail with white peach, watermelon and pineapple, I make a mental note to sample Balti—a distinctive local curry created by newcomers in the 1970s—on my next visit. 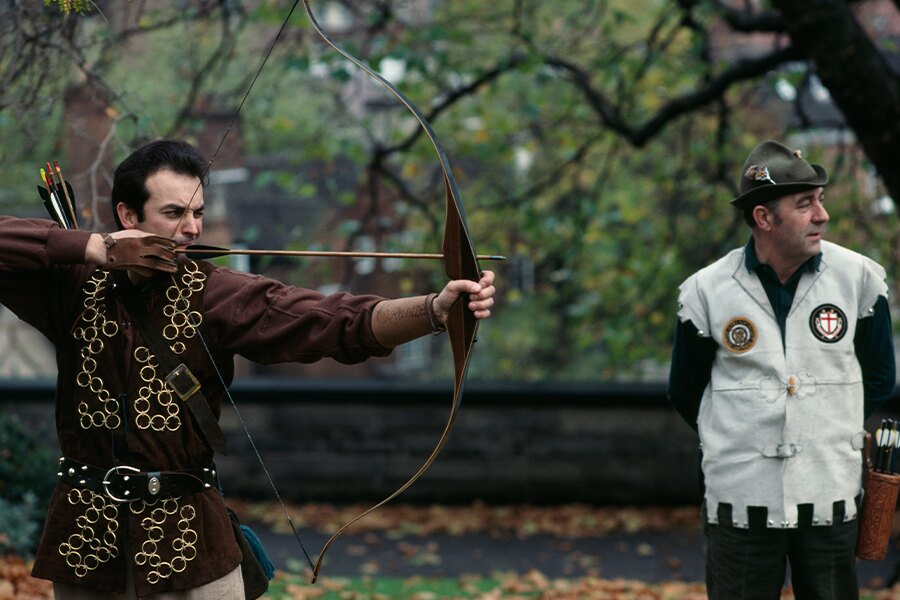 Taking aim during a lesson at the legendary Nottingham Castle.

In Nottingham, my lifelong Robin Hood obsession kicks into overdrive. Outlaw-worthy activities abound in this city of 337,000.

I start by exploring the National Justice Museum, which spotlights forensics pioneer Bernard Spilsbury. Also on display are various torture devices and the grim history of transporting convicts to Australia during the 17th and 18th centuries.

Nottingham Castle is tops on my Robin radar. Founded in 1068, it’s now a refurbished Georgian mansion with a can’t-miss Robin Hood Adventure Experience. I test my archery and quarterstaff skills in simulations before hitting up the gift shop to nibble on Robin Hood toffee.

However, the best of all is actor Ade Andrews’ grizzled narration on a city walking tour. “Robin Hood lives on in the ancient oaks as a symbol of truth, hope and freedom,” he proclaims. Between sounding his horn and flourishing a broadsword, Andrews illuminates the rebellious legend’s murky origins as we roam from St. Mary’s Church to a cave beneath Ye Olde Salutation Inn. He skillfully weaves in tidbits about Nottingham’s 19th-century lacemaking boom and the local roots of companies like Boots and Raleigh.

I salute another British (rock) rebel with a gourmet “Lemmy” jalapeño burger at Annie’s Burger Shack for dinner. Swigging the house pale ale, I feel eager to see what adventures await in the next stop on my mini-Midlands tour. 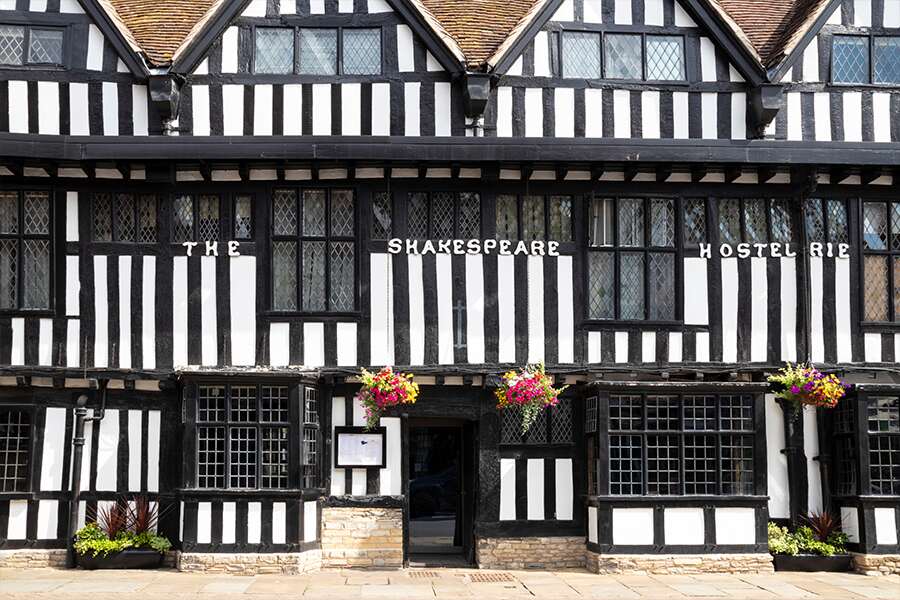 Though it suffered mightily from Luftwaffe bombing during the Second World War, Coventry has risen anew. With its easy-to-navigate downtown core and musical traditions, it was named the U.K.’s 2021 City of Culture.

At the Coventry Music Museum, I learn how novelty hits like Chuck Berry’s “My Ding-a-Ling” and Lieutenant Pigeon’s “Mouldy Old Dough” were recorded locally. Amid flashing lights and dry ice, I climb into the 1961 Vauxhall Cresta from The Specials’ “Ghost Town” video. Similarly, I revel in the Coventry Transport Museum’s extensive collection, from an 1898 Daimler Phaeton automobile to a 1960 Triumph Tigress scooter.

Dhillon’s Brewery is largely driving Coventry’s craft beer revolution with tasty brews like the Amber Gambler. During my visit, I see both the brewery’s Spire Bar, located inside the 70-metre Christchurch Spire, and Skye Blue Tavern, where Coventry City FC fans flock before home games. To get my sporty fix, I taxi to Go Ape Coventry for a bit of axe-throwing. I end my day nibbling on honey-glazed duck breast and smoked beetroot puree at neighbouring Coombe Abbey, founded by Cistercian monks in 1150.

Scones, jam and clotted cream at The Fourteas.

My final destination remains synonymous with William Shakespeare. The district, current population 130,098, was the playwright’s birthplace and retreat when he grew weary of London’s cutthroat theatre scene. A rustic garden with manicured hedges adjoins the Bard’s half-timbered Tudor home, later converted into an inn.

I delight in an exhibition with Japanese, Armenian and even Star Wars versions of Shakespeare’s plays. History buffs will also appreciate restored rooms with canopy beds and spreads of local game.

On windy days, Stratford-upon-Avon offers flavourful ways to warm up. I enjoy scones with strawberry jam at The Fourteas, a 1940s-themed tearoom, and a guided tasting of rhubarb gin and other artisan spirits made with Tudor garden botanicals at the Shakespeare Distillery.

Given my fascination with large, animated animals, I should wind up at a performance of The Magician’s Elephant at the town’s Royal Shakespeare Theatre. Cheers resound when the curtain drops on this lively family musical, and my heart pounds from excitement.

A World of Benefit

CAA is always looking for ways to add value to Members and the community.