An insider's guide to the Paris of the Prairies. 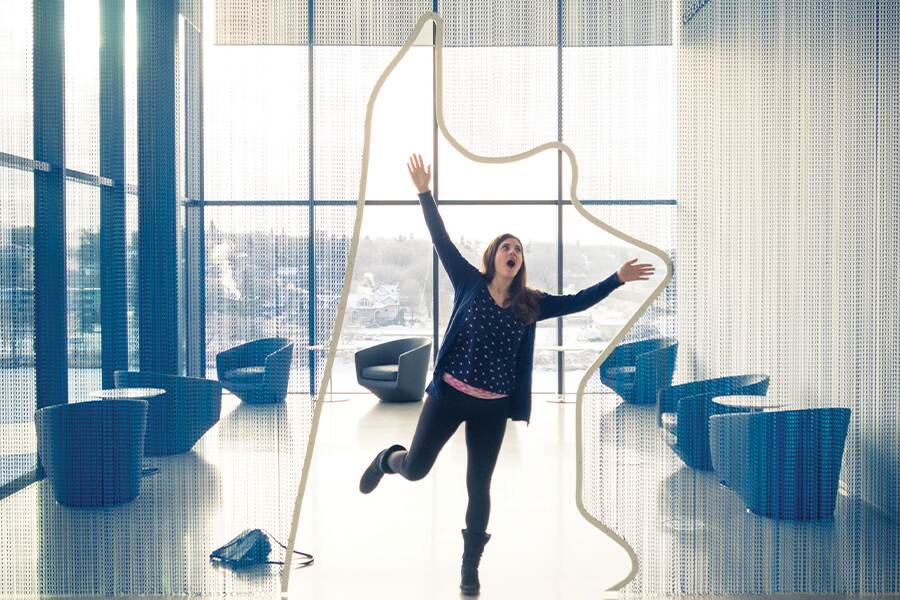 Artful frolicking at the Remai Modern.

Over the past decade, Saskatoon has blossomed into a prime destination for holidaymakers. Nestled on the banks of the South Saskatchewan River, the city boasts a booming culinary milieu and an eclectic cultural scene: In 2017, the city took the art world by storm with the opening of the Remai Modern, a gallery housing the world's largest collection of Picasso linocuts. Stories of hometown generosity are commonplace in the "Paris of the Prairies," and the treasure trove of world-class entertainment, hidden gems and natural jewels buried amidst the easy pace of this midsize urban centre are best seen through the eyes of enthusiastic locals.

Upon entering Picaro Cocktails & Tacos, co-owner Carmen Hamm greets hungry patrons: "Come in with an open mind and a fearless palate!" The Saskatoon native encourages diners at her Riversdale eatery to put aside their notions of traditional tacos by trying tortillas stuffed with pork belly, buffalo chicken or falafel. Cap off dinner with a warm churro dusted with Mayan chili powder and cinnamon before heading a couple blocks west to the historic Roxy Theatre.

Built during the Great Depression, the Roxy maintains old-world charm and offers visitors so much more than the latest blockbusters. You'll feel transported in time and place as you munch on popcorn next to the façade of a Spanish village. The lavish cinema was named after the iconic Roxy Theater in New York City.

For your retail fix, Riversdale also boasts some of the trendiest boutiques in the province; many of them facilitate and showcase the work of homegrown talent. At Hardpressed Print Studio, pick up t-shirts and "bunny hugs" (that's Saskatchewanian for hoodies) hand-printed with uniquely Prairies prints, like grains and lilies.

In 2014, stationer Susan Gallagher opened Soul Paper, a paper and craft supply store. With the support of her husband, Alexsandor Pozsonyi, the former interior designer and typography lover set up shop in Saskatoon for one simple reason: "I just love the creative spirit of the city," she says. The design-loving duo has created a singular space for fellow artists, writers and craft lovers to stock up on premium supplies, including Saskatchewan-made watercolours. 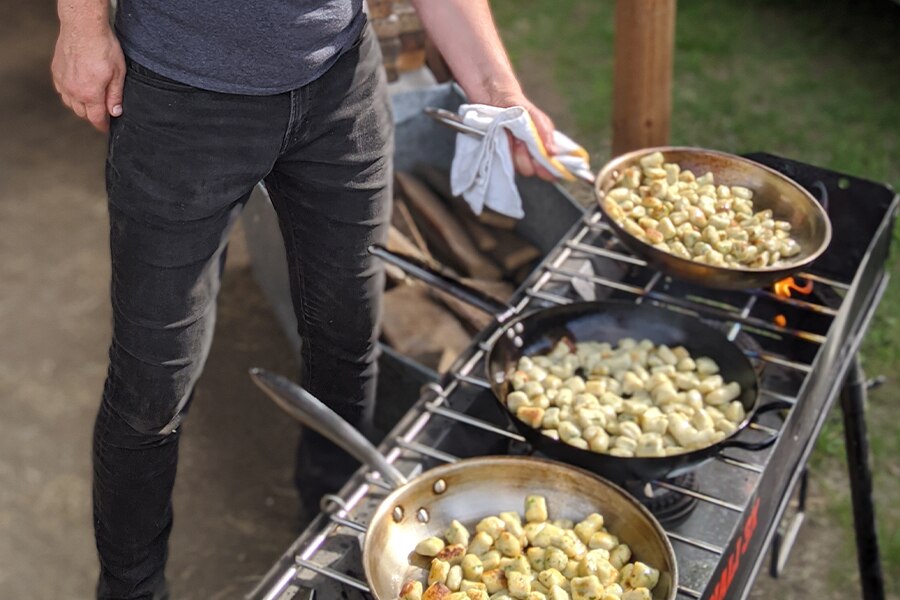 Chef Scott Dicks shoots straight to the heart of food in Saskatchewan. From Odla, his Broadway Avenue restaurant, he stays in constant communication with local farmers-and relies on their seasonal harvests for his fresh, colourful menu.

In fact, Odla (meaning to farm or cultivate in Swedish) was inspired by Farm One Forty, from which the restaurant sources much of its humane meats, seasonal fruits, vegetables, and grains. Regulars at Odla reap the benefits of this rural smorgasbord, favouring the lamb meatballs with braised red cabbage and gin-soaked mustard seeds.

To savour similar ingredients before they hit the pan, stop at Pig & Pantry, Saskatoon's newest craft butcher shop, on 20th Street West. Owner Jordan Lohneis makes no bones about it: "We have the best sausages in town, hands down," he says, encouraging visitors to try house-specialty Thai and Persian varieties. The nose-to-tail butcher sells terrific off-cut products as well as top-quality traditional cuts-all directly sourced from area farmers.

Further afield in the King George neighbourhood, Saskatonian Leeane Berger tempts passers-by with her Darkside Donuts creations. The baker dresses her pastries with delectable toppings like honey from Saskatchewan's own Kitako Lake. Wash everything down with a hot beverage sourced from local coffee roasters and tea vendors.

For something a wee bit stronger, grab a seat in the taproom of 21st Street Brewery. Brewer Casey Murray crafts smallbatch beers beneath the historic Hotel Senator, a downtown landmark since 1908. Murray mixes and matches flavours in unique combinations-think cucumber and ginger or orange and Mexican vanilla. On a chilly day, warm up with a pint of Seven Seas of Rye Black, a rich IPA with notes of pine, citrus and coffee. 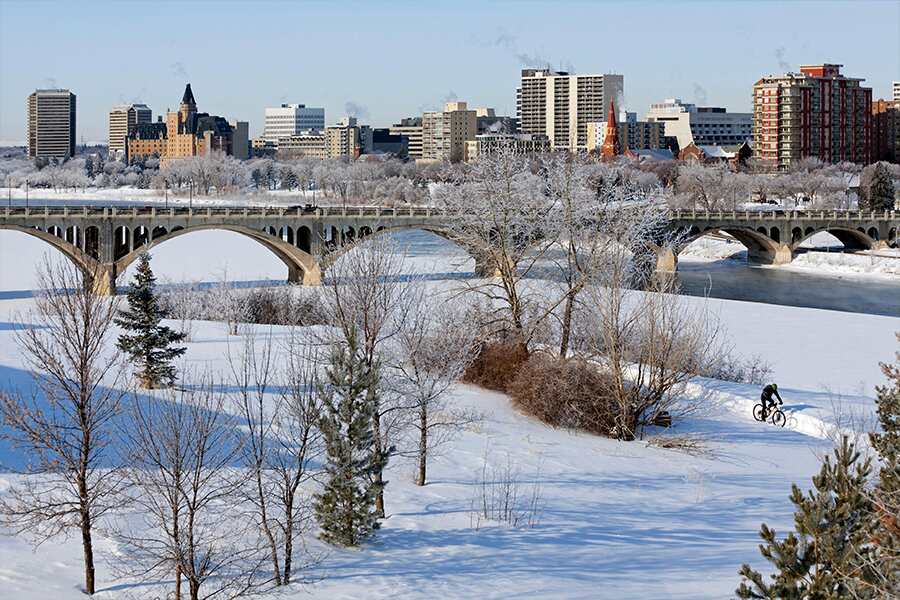 Ask any Saskatonian where to go for outdoor fun and they'll inevitably point you to the Meewasin Trail, a 90-kilometre track of prime riverside space. The groomed path is ideal for a stroll, bike ride or Segway tour. The trail also connects to dozens of museums, interpretive centres and parks.

One such destination, Kiwanis Memorial Park, is a particular favourite for visitors and residents alike. It's home to the historic and stately Delta Bessborough Hotel. Built in the 1930s by the Canadian National Railway, the hotel boasts several open-air gathering areas. In winter, the park also hosts one of Canada's most idyllic outdoor skating rinks. Adorned with fairy lights and in view of the river, the free Cameco Meewasin Skating Rink is a must-do for visitors.

Continuing along the Meewasin north of downtown, you'll find the recently opened Nutrien Wonderhub. Parents of active young children will feel like they've struck gold...well, potash. The centre features a hand-son Discovery Mine where curious kids can learn about the lives of Saskatchewan miners. The science-focused centre also features Toon Town, a mini city kids can take over. But the pièce de résistance is Wonderhub's Cosmic Connection - a whimsical macramé-style climbing structure designed by internationally acclaimed artist Toshiko Horiuchi. The centre also hosts adult-only nights where grownups can get in on the wondrous fun.

From craft butchers, bakers and brewers to magnificent natural wonders, Saskatoon showcases the best of the Prairies. There's never been a better time to make like a local and savour everything the city has to offer. 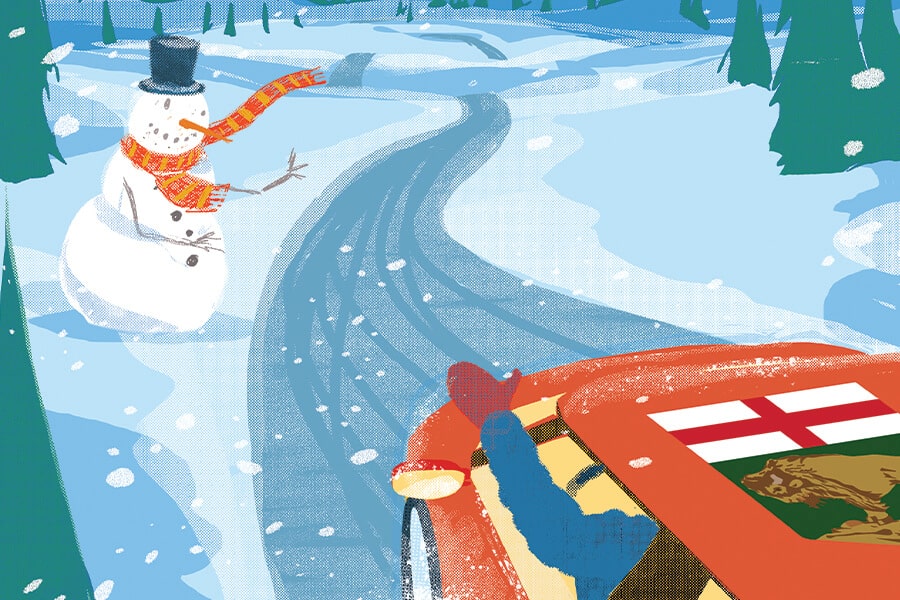 How to Survive Winter. 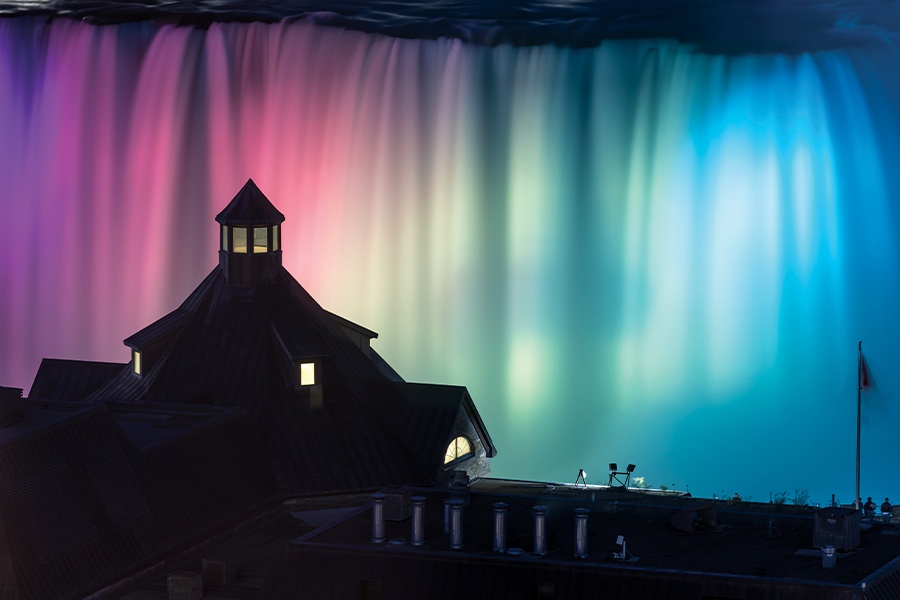 The Thrill of the Chill.

72 hours in Niagara during the coolest season of all.