There’s something about Maui

It makes you want to just stand still and take a deep breath. Maybe it’s how the sun noses through the cumulus canopy, casting a misty shine across the island valleys. Maybe it’s the air, heady and sweet with plumeria, or the mellow sounds of gulls and surf along the shores. For me, it’s the bracing jolt of Moose’s cold brew.

“Locally grown, hand-roasted,” Ryan “Moose” Gross tells our group, jotting our names onto travel cups before filling them with coffee.

Relaxed and affable, Gross is known as the “Craft Sherpa” for Maui Craft Tours, a culinary- and community-focused outfit that seeks to showcase the artisanal traditions of “Old Maui.” The brainchild of husband-and-wife team Carrie and David Adelmann, the organization introduces visitors to the eco-conscious island known for its farm-to-table cuisine and cowboy culture.

On my first morning in this primordial paradise, I’m travelling from the elevated Kula countryside and the slopes of the Haleakala volcano to Kihei on the southern leeward coast. Although it’s barely 9 a.m., I’m already geared up for a day of pineapple wine and coconut beer as I clamber into the back of the colourful tour van.

As the second-largest island in Hawaii, Maui has abundant natural resources and its sub-climates make an ideal setting for a horticultural history that harkens back to early Polynesian settlers, who arrived as early as 450 AD. It’s believed these voyagers introduced taro, coconut, banana and sugarcane to the islands. In the late 18th century, Westerners arrived with cattle, coffee and pineapple—and a new age of industrial agriculture began.

As we pass through a region of rolling farm fields, we learn about land ownership—and how it was a foreign concept to island residents in the 1800s, who lived by a system of communal subsistence. To secure the resources necessary for their survival, the Kuleana Act was introduced in 1850. Under the act, if you cultivated a parcel of land, you could petition for the title to that land. That’s kuleana. “Likewise, if you have the privilege of living here—whether you enjoy the water or reap the fruits of the land—you have a responsibility to that privilege,” Moose explains.

We drive by some of the 14,500 hectares of sugarcane fields—historically, Maui’s biggest export. But in 2016, the Hawaiian Commercial & Sugar Company announced it would be shutting down after 145 years of operation—an indication that sugarcane production is no longer sustainable.

“We’re not sure what they’re going to do with the land next,” Moose says, adding there are a lot of differing opinions. “But they grew all this sugarcane, so they could surely grow other things too.”

We begin to climb a winding road and before long, we’re nearly 600 metres above sea level at MauiWine. Established in 1974 and self-promoted as the island’s only winery, MauiWine got its start producing pineapple wine, but has since expanded into grapes with 10-plus vintages on offer.

While I sip and swirl everything from rosé to Malbec, our host Ken Goring describes the signature pineapple wine, Maui Blanc. It’s made from Maui Gold pineapples that aren’t “pretty enough for the store.” Once they’ve been crushed and pressed, the juice is fermented for 14 days, then filtered, aged and finished over 12 to 16 weeks. In keeping with craft culture, any leftover pineapple rinds are taken to local cattle ranches. “We call it ‘cattle candy,’” Goring grins.

Lunch follows with burgers made from locally raised, grass-fed beef. After sugar and pineapples, Maui’s largest agricultural exports were rooted in ranching, reaching back to the 19th century. These days, the island’s beef is largely raised and sold on-island, a practice Adelmann says is becoming increasingly popular as awareness of food security grows.

“Diverse agriculture is so important to the sustainability of these islands,” she says, adding that despite its self-sufficient beginnings, much of Maui’s food is now imported. “It takes about two weeks for most of our perishable items to be shipped in by boat. Should shipping cease, many retailers would be out of food within a couple of weeks. By supporting local farmers, ranchers and fishermen, we reduce our dependency on imported goods.” 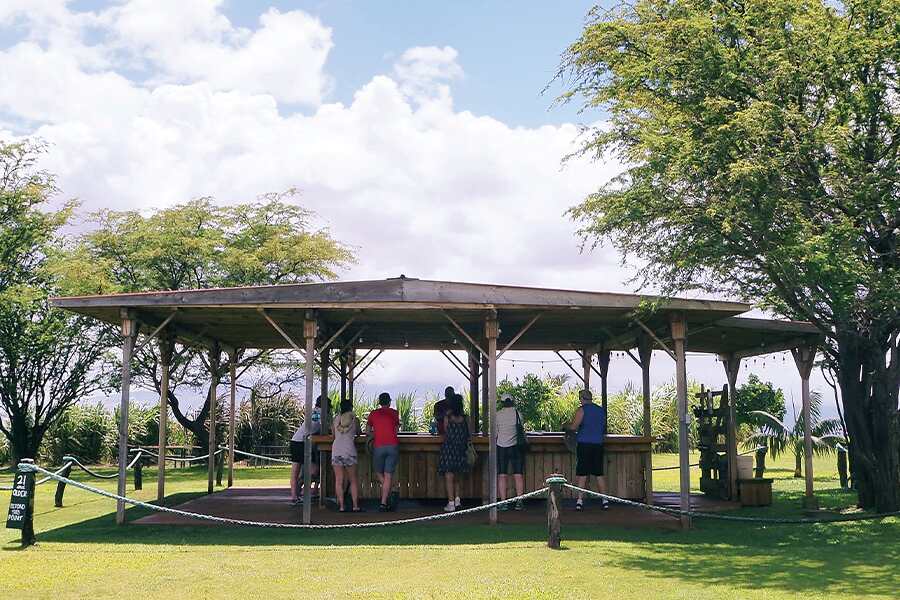 With that, we push on to Hawaii Sea Spirits Organic Farm and Distillery in lower Kula. Set atop 32 scenic hectares of fertile volcanic soil, the family-owned facility is the only distillery in the world to use organic sugarcane and ocean water to produce OCEAN organic vodka and Deep Island Hawaiian Rum. The distillery is also nearly 100 percent self-sufficient, thanks to 240 rooftop solar panels.

About an hour later, we’re making a twisty, stomach-churning descent back down the volcano toward our final stop: the Kihei Tasting Room at Maui Brewing Company. Opened in 2005, the business has grown from a single brewpub to an award-winning, 400-employee operation. During our 45-minute tour, I learn that the brewery makes the most beer on the island—a distinguishable quality considering other popular “Hawaiian” beers are, in fact, brewed on the U.S. mainland.

“The company is big on ohana,” our guide Sarah explains of the Hawaiian sense of extended family. Functioning under a pledge to act as stewards of the community and the aina(land), Maui Brewing Company puts a lot of emphasis on staff retention and morale, which means regular cookouts and team-building outings.

Rain begins to fall as I dig into flights of the brewery’s flagship beers: a crisp Bikini Blonde lager, the hoppy Big Swell, Pineapple Mana wheat beer and Coconut Hiwa porter. In true Maui form, the clouds give way to blue skies by the time we’re on the road again. The conversation turns toward running sustainable tourism operations on an island like Maui, and whether it is a choice for business owners—or a necessity.

Pulling back onto a highway, Moose points to more now-empty sugarcane fields with a future still to be determined. Everyone here knows change is inevitable, but for an island like Maui with such natural riches, there’s more than a little incentive to ensure people enjoy the aina for many years to come.

“Once you change the land, you’re kind of changing it forever,” Moose says, adding that it needs to be developed in a sustainable manner not just for residents, but for visitors too. And there’s no better way to reinforce local communities than to allow them to manage their own food sources and share the fruit with others, as they did centuries ago.

“All of these things are part of Maui craft culture,” he adds. “And all part of kuleana.” 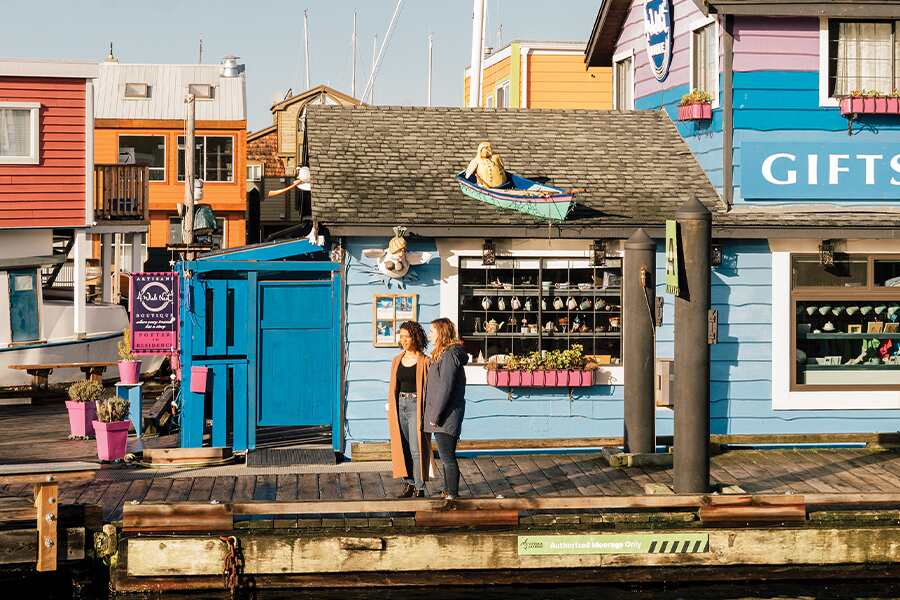 Everything you need to know about owning your first home.

Being a CAA Member brings peace of mind at home and around the world.