Exploring a city that wears its traditions and its novelty with pride.

You have to use the right kind of potato," says cook Isabel Iten, as she shows me how to make the perfect rösti, Switzerland's famous spud dish.

I had walked into Zunfthaus zur Waag, an eatery nestled on Münsterhof in Zurich's Old Town, hoping to sample the rumoured best rösti in town. But after inquiring about the house specialty, I was enthusiastically ushered into the kitchen for an impromptu cooking lesson. Standing in the kitchen of the 17th-century building, I listen intently. "Cook potatoes and chill them overnight. Then grate the potatoes and fry them in a lot of butter," Iten instructs, pouring what must be a quarter cup of butter into a pan—before adding potatoes and frying until perfectly golden.

The seasoned chef serves me a plate of freshly fried rösti and tender sliced veal in a mushroom sauce. "The sauce is the real magic," she says, "it has an onion base with cream, white wine and button mushrooms." Each bite is better than the last, with the fragrant sauce perfectly complementing the crisp, buttery potato.

Swiss food, however, is so much more than rösti (or cheese or chocolate) and Zurich has so much more to offer than history (and watches and banks). On my second visit to Switzerland's largest city, I sample varied experiences, from ancient to marvellously modern—and savour every delicious moment. 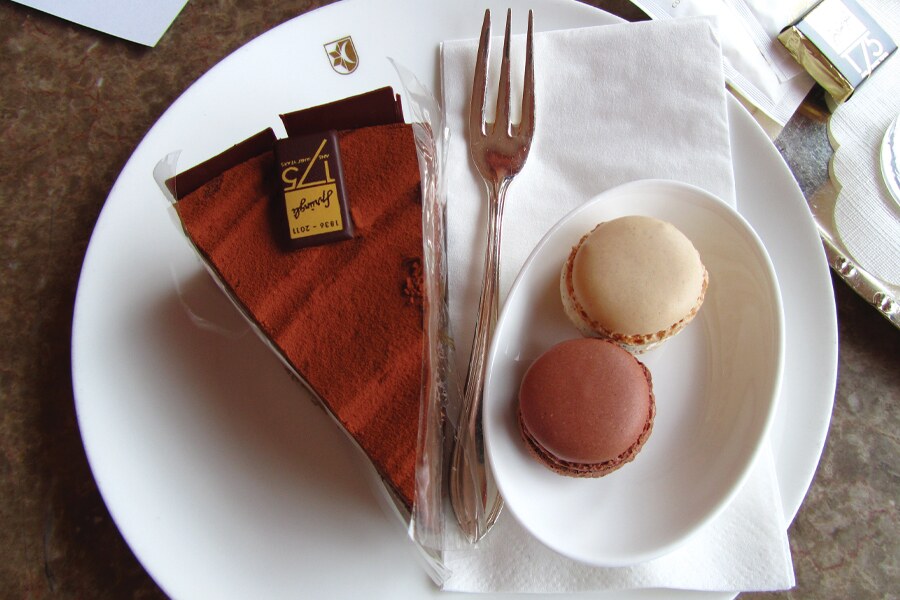 Situated by Lake Zurich and the Limmat River, the city is one of the world's most liveable. It's been continuously inhabited since before Roman times, serving as a strategic centre for trade, commerce and industry that have made it a hugely wealthy 21st-century metropolis. Though famous for banking and watchmaking, Zurich has lately emerged as one of Europe's hippest cities, thanks to an eclectic post-industrial art scene and rich culinary tapestry. Zürchers, as locals are known, take the "work hard, play hard" mantra very seriously.

After staying in the touristy centre on my first trip, this time I opt to bunk in Binz, Zurich's old Jewish quarter, which in recent years has morphed into the city's buzziest creative district. It's home to trendy eateries, raucous bars and independent shops—located a stone's throw from authentic delis and restaurants that have been here for generations.

I check into Hotel B2, a stylish boutique hotel offering surprisingly spacious, modern rooms and one of the best traditional breakfasts in town. It's also a bibliophile's dream, boasting a "wine library" lined with some 33,000 books, all begging to be read alongside a crisp glass of Swiss Sauvignon Blanc.

As an added treat for travellers, the hotel is attached to Thermalbad Spa. The sprawling bath complex is housed in the brick vaults of a centuries-old brewery; water from its thermal springs was once used to make beer. As a hotel guest, I can visit daily during my stay, but it's also open to the public. After a long flight, I meander through the network of herbal steam rooms, hot pools and cold plunge pools before ascending to the heated rooftop pool and its sweeping views of Lake Zurich and the Alps. Time your terrace visit to arrive shortly before sunset to soak in the colourful sky-high scene.

Suitably recharged, I set out to explore the bustling streets of Binz. I soon stumble upon Hopfenau, a quaint bistro that oozes modern Swiss charm. Though the short menu is in German, the owner happily walks me through the locally sourced offerings. I land on the most delicious linguine with cream sauce, portobellos and fresh figs. (It proves to be my favourite meal in the city.)

Of course, you don't have to sit down for a great meal in Zurich. For lunch one day, I stand outside the Sternen Grill and sip a small beer before digging into a juicy bratwurst with blow-your-head-off-hot mustard. For sweets, you can't beat the confections at Confiserie Sprüngli, which has been operating on Bahnhofstrasse since 1836. Vegetarians can also join in the culinary fun at Haus Hiltl, the oldest meatless restaurant in Europe. Stick around after dark when it turns into a nightclub, said to be a favourite haunt of Madonna. 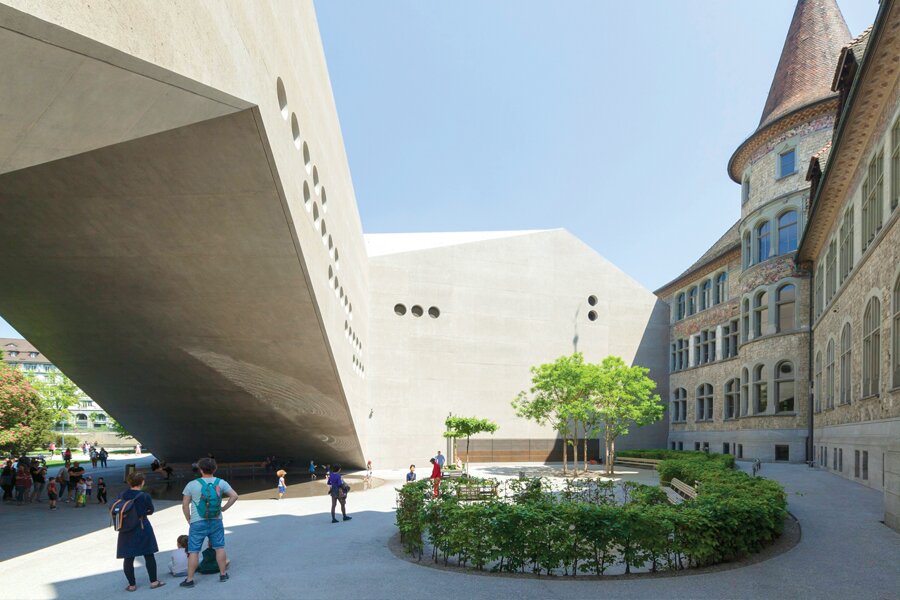 Wandering the cobbled streets of Old Zurich, lined with ninth-century buildings, it feels like I've been dropped into a fairy tale. I venture up stone stairways and enter walled courtyards plastered with pretty frescoes and ornate face carvings staring out from the stonework. Even the area's few chain stores are inside gorgeous monumental buildings. I hop on the clunking Polybahn, a historic funicular railway, to ascend from Central Square to the hilltop campus of ETH Zürich. It's the perfect vantage point to look out over the historic centre and snap a few photos.

Set on opposite sides of the Limmat River, Grossmünster and Fraumünster churches dominate the skyline and are essential stops when walking the Old Town. Dating to 1100, the ancient architecture of Grossmünster inspires silent awe, while Fraumünster—named for its location on the site of a medieval abbey—features several spectacular windows crafted by modern master Marc Chagall.

Along the banks of the Limmat, swans glide under bridges, locals sip beer on terraces and charming shops reveal just how expensive cuckoo clocks can be. I also spot plentiful places to kick back with a warm drink and some cake. The Swiss are exceptionally good at making sweet treats, and the boozy hot chocolate at the baroque, circa-1842 café Conditorei Schober is dreamy.

Dedicating a day to culture and history, I spend the morning at Kunsthaus Zürich, one of Europe's finest museums. With a collection spanning eight centuries, there are rooms filled with religious art from the Middle Ages—the gilding is so bright that it's hard to believe how old it is—and halls lined with modern works by Picasso, Matisse, Mondrian and Warhol. Over at Landesmuseum (a.k.a. the Swiss National Museum), I learn about everything from banking to watches to the many fascinating aspects of Swiss life, including traditional costume, religion and women's rights.

The district also houses Im Viadukt, a collection of indie boutiques, art spaces, restaurants and a farmers' market, all contained under 36 historic railway arches. Nearby Frau Gerolds Garten is a community garden surrounded by bars and cafés. And atop Prime Tower—Zurich's tallest building at 126 metres—grab a table at Clouds restaurant for coffee and incredible views of the city.

For nightlife and a little alternative culture, Langstrasse is the place to be. Once considered the city's red light district, the neighbourhood has blossomed into Zurich's most diverse and hippest area. I pull up a stool at Olé-Olé-Bar, a well-loved local watering hole, and strike up a conversation with some affable Zürchers. They invite me to a gig by Brit rocker Noel Gallagher, but by the time I arrive at the über-cool Volkshaus nightclub, the band has left the building.

Zurich is such a vibrant city; even on this second trip, I feel like I've only scratched the surface. Though I missed seeing a rock star, my Swiss sojourn has provided stunning sights, relaxing rooftop moments, marvellous modern art—and plenty of crispy potatoes. 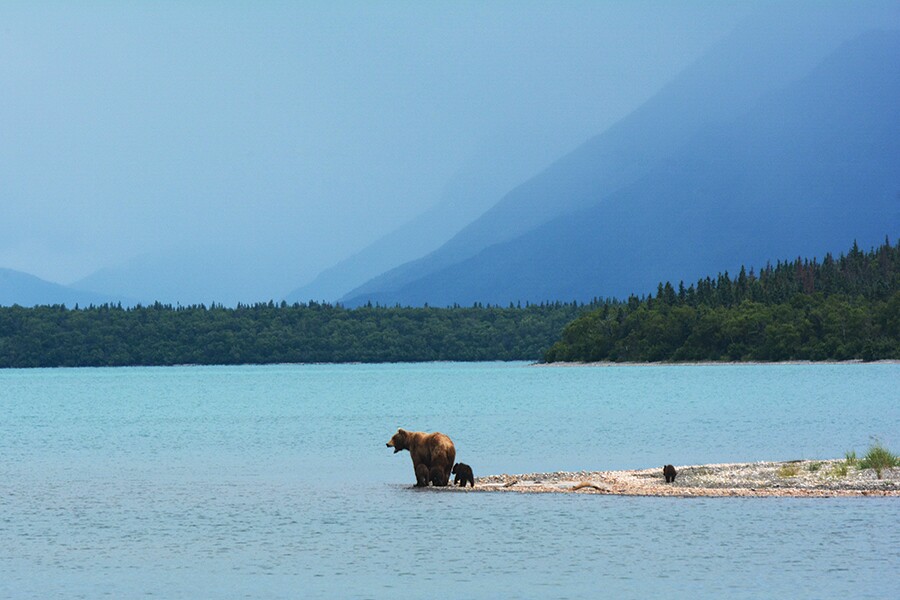 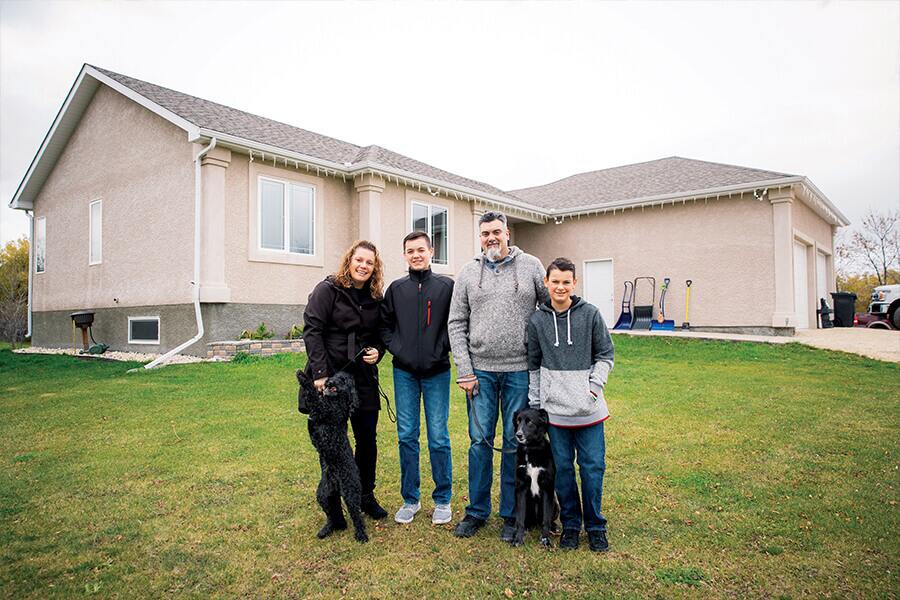 A look at three unique Manitoba housing options and the people who call them home.

Exploring a city that wears its traditions and its novelty with pride.